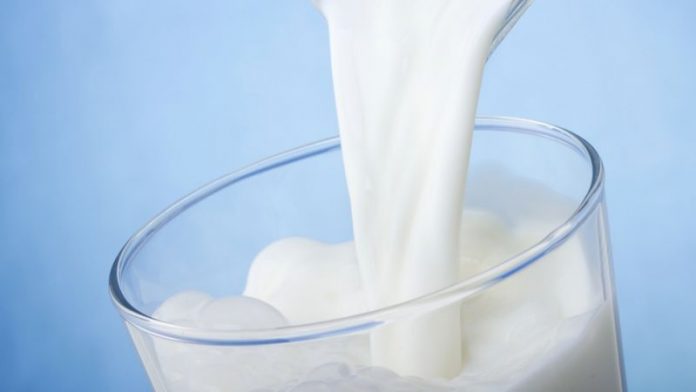 For years, the argument over skim milk or full-fat dairy milk is still as heated as ever. Which one is best? Which has the most benefits? According to an article posted on TimeMagazine.com, “Whole Milk VS. Skim Milk,” even the latest dietary guidelines for Americans urge people to avoid the full-fat, and following this lead, school lunch programs provide only low-fat milk and no whole milk at all, even though they do allow chocolate skim milk with its added sugars. As a result, Time Magazine decided to jump deep into the controversy and decipher which one is actually better for you. According to their research, large population studies that look at possible links between full-fat dairy consumption, weight and disease risk are starting to call the advice into question. Some research suggests people who consume full-fat dairy weigh less and are less likely to develop diabetes, too.

The article goes on to say that: “In a new study published in the journal Circulation, Dr. Dariush Mozaffarian and his colleagues analyzed the blood of 3,333 adults enrolled in the Nurses’ Health Study of Health Professionals Follow-up Study taken over about 15 years. They found that people who had higher levels of three different byproducts of full-fat dairy had, on average, a 46% lower risk of getting diabetes during the study period than those with lower levels. ‘I think these findings together with those from other studies do call for a change in the policy of recommending only low-fat dairy products,’ says Mozaffarian. ‘There is no prospective human evidence that people who eat low-fat dairy do better than people who eat whole-fat dairy.’”

It is no surprise that full-fat dairy products contain more calories, and as a result, the article further says that many experts assumed that avoiding it would lower the risk of diabetes. However, according to their research, studies have found that when people reduce how much fat they eat, they tend to replace it with sugar or carbs, both of which can have worse effects on insulin and the risk of diabetes. The article goes on to say that, “In the current study, Mozaffarian adjusted for the role that weight plays, and found the connection between full-fat dairy intake and lower diabetes risk remained strong independent of weight gain.”

In fact, in a separate study published in the American Journal of Nutrition, another group analyzed the effects of full fat and low fat dairy on obesity and found that among 18,438 women in the Women’s Health Study, those who consumed the most high-fat dairy products lowered their risk of being overweight or obese by 8%.

Together, Time Magazine says that these bodies of data reveal both that full-fat dairy milk has a place in a healthy diet, and also that focusing on just one nutrient in the diet may backfire.

“This is just one more piece of evidence showing that we really need to stop making recommendations about food based on theories about one nutrient in food,” says Mozaffarian. “It’s crucial at this time to understand that it’s about food as a whole, and not about single nutrients.”

For example, despite the fact that school lunch programs have begun changing whole milk to skim milk in their programs, if you are a pregnant or nursing mother, or a child under 5, the WIC program, a nutritional dietary program from children and mothers, provides whole milk for children 1 to 5 because the fats found within whole milk actually help with brain development. However, for the pregnant or nursing mom, 2% milk or skim milk is provided to help with the development of the baby in the womb.

The article provided on clevelandclinic.org says that, “Beginning a few decades ago, the nutrition field switched from a focus on quality to focusing on quantity, in the form of calories, to assess food value. With fat relatively high in calories, low-fat options like skim milk became staples in the American diet. At the same time, rates of diabetes and obesity skyrocketed, and people began looking for answers.”

The article goes on to say that we should think twice about skim milk. The article says that farmers know that feeding milk to pigs is a good strategy for rapid weight gain. This practice dates back to studies in the 1930’s, performed by the Oregon State Agricultural College. Farmers still practice this to date.

According to the clevelandclinic.org research, “a recent study in the journal Circulation demonstrated fewer cases of diabetes in individuals whose blood contained higher levels of three specific fatty acids derived from whole-fat milk.”

The investigators measured the three fatty acids in 3,300 people whose blood was drawn between the years 1989-90 and 1993-94. They then counted how many of the individuals had developed diabetes by 2010, up to 21 years later.

After adjusting for variables, investigators discovered that participants whose blood samples contained high dairy fatty acid levels had a lower incidence (meaning fewer new cases) of diabetes, and those with low levels had a higher incidence.

According to an article published on the Dailyburn.com “Skim Milk vs. Whole Milk: Which Is Healthier?” They cite the whole story on whole milk. They say that saturated fats found in whole milk may actually do us more good than harm. As it turns out, whole milk fat may help people absorb fat-soluble vitamins, found in milk, which includes, A, D, E, and K vitamins. The site goes on to say that the saturated fat in whole milk doesn’t appear to increase the risk of heart disease and diabetes. According to the site, “Many eaters have been given the message that fat is a pathway to diabetes and heart disease, but that’s simply not the case,” says Dr. Ramsey. In fact, “Fats are essential for human health,” he says. “Your brain is 60 percent fat. Your cells are surrounded by fat. The low-fat movement is simply based on bad science.”

Krill Oil vs Fish Oil – Pros and Cons of Krill...

How Many Hours of Sleep is Optimal for Building Muscle?