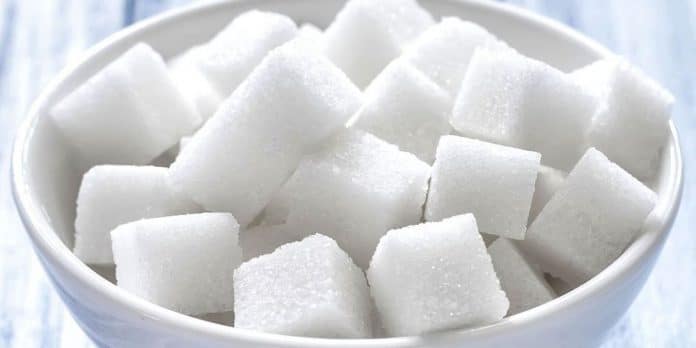 Food manufacturers coined the term ‘net carbs’ during the low-carb craze of the past decade, in an attempt to further bolster the hype. It ensures dieters that they can eat sweet and salty foods without the need to count their actual carbohydrate load. The term, however, is not officially recognized by nutrition experts. There is no legal definition, so the Nutrition Facts labels of foods bearing it are not regulated by the Food & Drugs Administration.

To date, whether to count totals carbs or net carbs remains a controversial topic, and because of outdated and conflicting information, determining how to compute net carbs can be quite confusing. Moreover, the net carbs labels on packed foods are not necessarily indicative of the number of carbs that your body really absorbs.

Fortunately, understanding how your body processes the various types of carbohydrates may help in attaining your target blood sugar level and weight loss goals. In this article, we will take a close look at the science behind net carbs and learn how to calculate them based on your food intake.

What Are Net Carbs?

Also known as digestible or impact carbs, net carbs refer to the carbohydrates absorbed by your body, including both simple and complex carbs. Whenever you eat food stuffs containing carbohydrates, most of the carbs are broken down in the small intestine into individual sugar units. The rationale behind this is that only individual sugar units can be absorbed by your body.

However, some carbohydrates cannot be broken down into individual sugars, while others are only partially broken down. These include dietary fiber and sugar alcohols, both of which can be deducted from total carbs when computing for net carbs.

How Your Body Processes Fiber

Fiber is a special type of carbohydrate with regard to its digestion and physiologic effects. Unlike sugar and starch, naturally occurring fiber is not absorbed in your small intestine because enzymes cannot break the bond between the sugar units. Consequently, fiber passes directly into your colon. Its fate after that relies on what kind of fiber it is.

There are two classes of fiber: soluble and insoluble. Roughly two-thirds of the fiber in your diet is insoluble, while the rest is soluble. Insoluble fiber leaves your colon unchanged, provides no calories and does not have any effect on blood sugar or insulin levels. In contrast, soluble fiber creates a gel that slows down the movement of food through your system and can make you feel full. When soluble fibers reach your colon they are fermented by bacteria into short-chain fatty acids (SCFAs). These SCFAs help in keeping your gut healthy and provides several other health benefits.

How Your Body Processes Sugar Alcohol

According to researchers, 2 to 90% of sugar alcohols are absorbed by the small intestine. However, some are only absorbed briefly into the bloodstream and later excreted in urine. Moreover, these sugar alcohols can have different effects on blood glucose and insulin levels.

By far the most commonly used sugar alcohol in processed food is maltitol. It is partially absorbed in your small intestine, while the rest is fermented by bacteria in your colon. Studies have also shown that it contributes 3-3.5 calories per gram, as compared to sugar which contributes 4 calories per gram. Maltitol has likewise been reported to increase blood sugar levels in diabetics.

In terms of net carbs, the best all around choice appears to be erythritol. Roughly 90% of it is absorbed in your small intestine and later excreted in urine. The remaining 10% is fermented to short-chain fatty acids in the colon, making it carb-free, calorie-free and unlikely to trigger digestive problems.

Studies have revealed that other sugar alcohols are also partially absorbed and can raise blood sugar, but to a lesser degree than maltitol. However, they appear to cause bloating and loose stools in a lot of people.

On the whole, it seems that sugar alcohols don’t have a considerable effect on blood sugar and insulin levels, although individual responses may differ, particularly among diabetics.

How to Calculate Net Carbs in Whole Foods

Naturally occurring fiber can be found in whole food. Hence, you can just subtract the fiber from the total carbs to determine the net carbs. For instance, an avocado contains 9 grams of total carbs, of which 7 grams are fiber.

How to Calculate Net Carbs in Processed Food

You can completely subtract most fibers from the total carbs displayed in the nutrition label. If you’re living outside the United States, note that the fiber has already been removed from the total carbohydrate line and is listed separately. However, if isomaltooligosaccharide (IMO) is included in the ingredients list, you only need to subtract half of the fiber carbs.

The value that you’ll get may be different from the number of net carbs shown on the product label because many companies calculate net carbs by subtracting all fiber and sugar alcohol carbs.

At the end of the day, the decision on whether to calculate total or net carbs must be based on what really works best for you.

The debate as to whether it is more precise to calculate total or net carbs won’t end anytime soon. However, knowing how your body processes different types of carbohydrates can help in regulating your blood sugar, weight and overall fitness level.

Counting net carbs is one way to achieve this. Net carbs basically pertains to carbohydrates that are absorbed by your body. In order to calculate the net carbs in whole foods, simply subtract the fiber from the total number of carbs. For processed foods, subtract the fiber and a portion of the sugar alcohols.

Nonetheless, bear in mind that the “net carbs” shown on food labels can be misleading, and individual responses vary. In case you find that calculating net carbs results in higher than expected blood sugar levels, you may shift to counting total carbs instead.

The most important thing is to ingest the number of carbs that enables you to achieve your fitness goals, regardless of how you calculate them.

10 High Protein Snacks to Keep You Feeling Full Throughout Your...