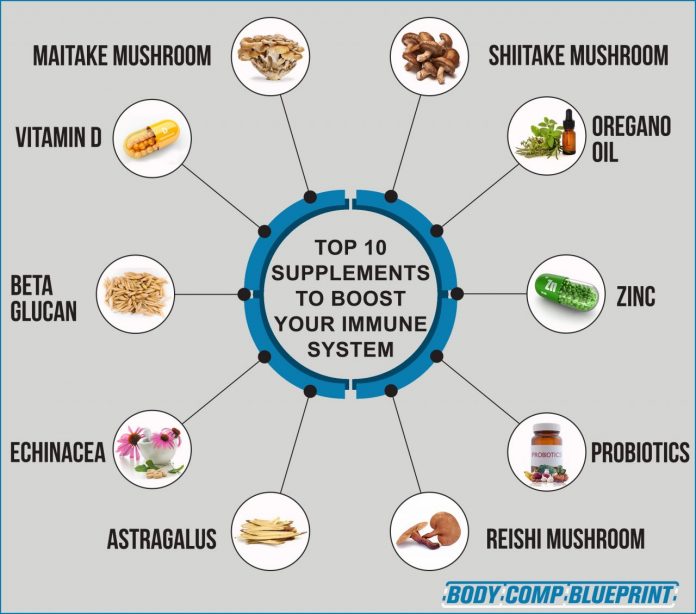 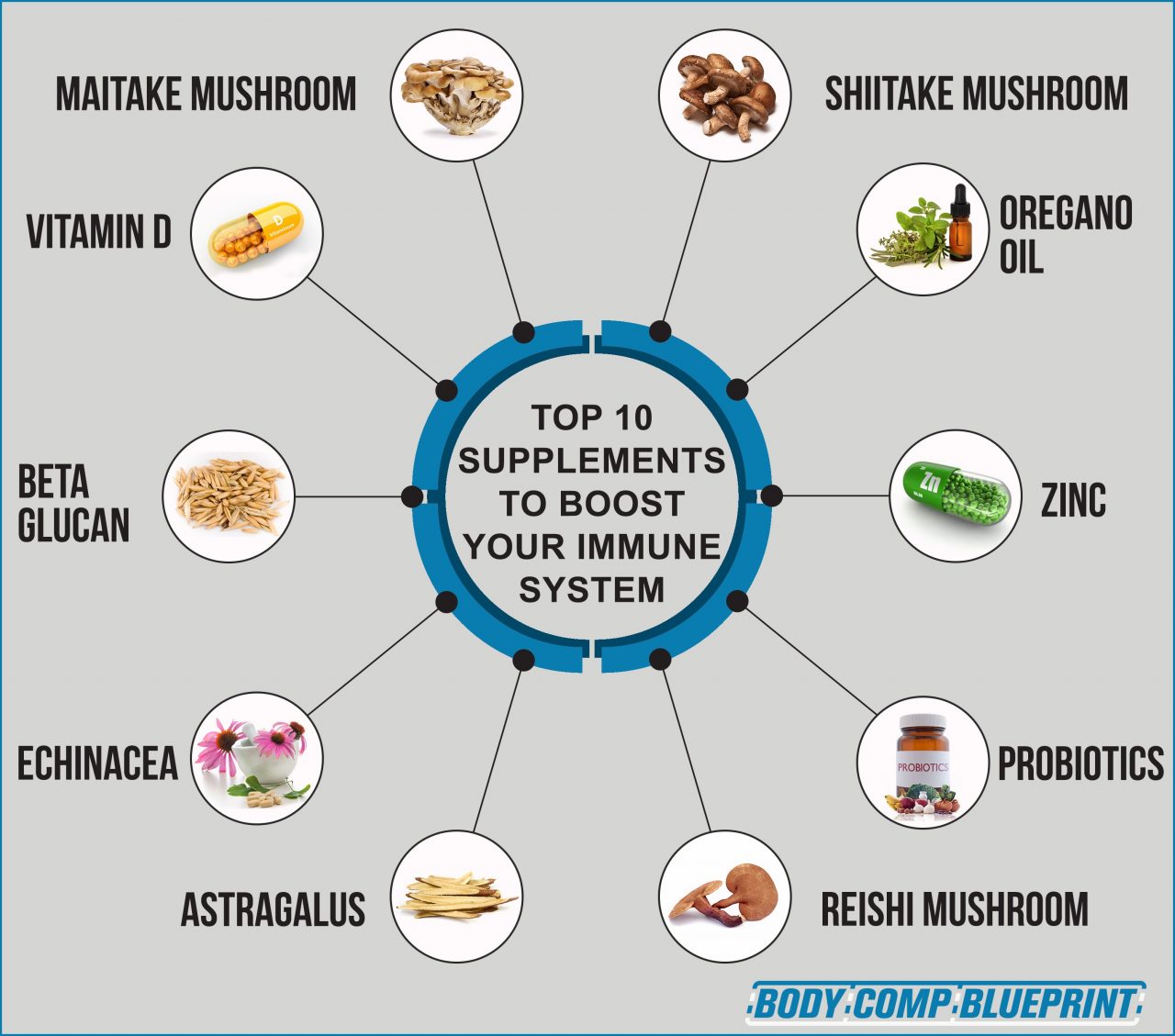 According draxe.com, shiitake mushrooms have been a popular food source in Asia for hundreds of years. They yield many benefits from fighting obesity to v cells. Further according to the site, Shiitake mushrooms contain antimicrobial properties. They write, “Mushrooms have the ability to boost the immune system and combat many diseases by way of providing important vitamins, minerals and enzymes. A 2015 study published in the Journal of the American College of Nutrition evaluated 52 healthy males and females, aged 21–41 years, to determine if shiitake mushrooms could improve human immune function. The study involved a four-week parallel group trial that involved participants consuming either five or 10 grams of mushrooms daily. The results suggest that consuming mushrooms improved cell effector function and improved gut immunity. There was also a reduction of inflammation due to mushroom consumption.” Surprisingly enough, the shiitake mushroom is not the only super mushroom that yields immune system strength.

According to wellnessresources.com, this super mushroom, (Grifola Frondosa) is “widely regarded in traditional folk medicine as a potent immune food. Scientists have identified that the beta glucan compound of this mushroom is responsible for its immune support properties. The latest study shows that Maitake is an efficient and potent activator of macrophages, key immune cells needed for a healthy immune response.” They further write, “This new study shows that beta glucan from Maitake turns on gene signal activation in macrophages to facilitate an immune response. Interestingly, this was a controlled activation that prevented excessive inflammation, indicating a more efficient immune response. Macrophages are not only the removers of garbage, they are also one type of immune cell that can engulf, invade and gobble it up. The more efficiently they work, the better your immune system works. This study supports an earlier study showing that Maitake enhances the ability of other front line immune troops to gobble up invaders – once again without excessive inflammation.”

According to draxe.com, “Reishi mushrooms have been used for thousands of years as a way to fight chronic disease. Today, we know from scientific studies that they’re in fact capable of doing what the Chinese have always speculated they could: fighting inflammation, cancer, heart disease,  hormonal imbalances, neuro-degenerative problems, mood disorders and more.” They further tell us that these mushrooms have a bitter, woody fungi taste and are known as “one of the top natural superfoods in existence.” They also tell us that these mushrooms “are a type of powerful adaptogen that help the body deal with stress, whether physical or psychological, so they’re a natural remedy for anxiety,” as well. When it comes to the secret of the Reishi mushroom and their power, the site further explains that, “Their beta-glucans increase the immune system’s T-cell levels, which means they help lower inflammatory responses caused by stress, stimulants, a poor diet or other environmental factors. This is especially beneficial for people suffering from immune disorders or adrenal or chronic fatigue.” They also explain that the boost in immunity that these mushrooms can provide can help “reduce cancer cell growth and the spread of tumors. They also contain ganoderic acids that lower cholesterol, triglyceride levels and blood pressure, as well as reduce the risk of blood clots and can even help correct heart arrhythmia.”

According to articles.mercola.com, if you stick to basics for “robust immune defenses,” zinc is a trace element to help boost your immune system. They tell us that our bodies need zinc every day, just in the right amounts. Too much zinc can be bad for you, and too little zinc can be harmful as well. It turns out that the body has no actual way of storing zinc. Yet, zinc is so important to our bodies’ everyday life-sustaining functions. According to the site, Zinc is responsible for “strong immunity, it is an important component of the enzymes involved in tissue remodeling and the prevention of cancer. Zinc also assists in the maintenance of your mood, mental clarity and restorative sleep. The use of zinc can also improve prostate and intestinal health, in addition to senses of taste and smell.” Zinc is so powerful because it is a “constituent of at least 3,000 different proteins in your body and a component of more than 200 different enzymes.” As it turns out, “zinc is involved in more enzymatic reactions in your body than any other mineral. Zinc increases your production of white blood cells and helps them fight infection more effectively. It also increases killer cells that combat cancer, helps your immune system release more antibodies, and supports wound healing.”

According to articles.mercola.com, Vitamin D has a profound effect on your immune system, just as much as zinc. They write that Vitamin D plays a “critical role in your immune response, a role far superior to the synthetic and often harmful immune responses that vaccines elicit. Vitamin D could rightly be described as a “miracle nutrient” for your immune system, as it enables your body to produce well over 200 antimicrobial peptides, which are indispensable in fighting off a wide range of infections.” Further according to the website, a Japanese study found that “school children taking vitamin D3 supplements were 58 percent less likely to catch influenza A than others. That is higher than any flu vaccine can claim.”

Sadly, the body does not naturally produce beta glucans; the only way to actually get beta glucans naturally are through outside sources, such as mushrooms. According to lifeextentions.com, other outside sources include: “baker’s yeast and cereal grains like barley, oats, rye and wheat.” The site further tells us that, “studies have shown that beta glucans act as immunomodulatory agents, meaning they trigger a cascade of events that help regulate the immune system, making it more efficient. Specifically, beta glucans stimulate the activity of macrophages, which are versatile immune cells that ingest and demolish invading pathogens and stimulate other immune cells to attack. Macrophages also release cytokines, chemicals that when secreted enable the immune cells to communicate with one another. In addition, beta glucans stimulate lethal white blood cells (lymphocytes) that bind to tumors or viruses, and release chemicals to destroy it.”

According to active.com, there are several different species of Echinacea that are used to help boost immunity. They are: E. Purpurea, E. Pallida and E. Angustifolia. Echinacea is actually a group of wildflowers that active.com says “on which Americans spend more than $300 million a year for its ability to treat the common cold.” They further write that, “echinacea stimulates the immune system and prevents and treats upper respiratory tract infections and, sometimes, lower urinary tract infections. It is also used topically to enhance wound healing and treat eczema, psoriasis and other skin conditions. It was introduced into medical practice in the United States in the 1880s as a treatment for common colds and other infections, before there were sulfa drugs. Echinacea has been known by common names such as American cone flower, black susans, Kansas snakeroot, purple coneflower and Indian head. Now, its popularity is largely confined to the United States and Europe. In Germany, it is frequently prescribed by physicians.” How’s that for flower power?

According to drweil.com, “Astragalus is still widely used in China for treatment of chronic hepatitis and as an adjunctive therapy for cancer and as a folk or traditional remedy for heart disease. Astragalus has also been promoted for stimulation of the spleen, liver, lungs, circulatory, and urinary system, to help treat arthritis, asthma, and nervous conditions and to lower blood sugar levels and blood pressure.” They further write, “A review from the Natural Medicine Comprehensive Database (NMCD) concluded that some evidence suggests that taking astragalus long-term might help prevent colds and taking it for up to six weeks may relieve seasonal allergy symptoms such as runny nose, itching and sneezing. The review also held that given intravenously astragalus might benefit patients with chronic hepatitis and that some early evidence suggests that used in combination with glossy privet (Ligustrum lucidum) , astragalus might increase survival in people who are also receiving conventional treatment for breast cancer. In addition, the review found that astragalus might improve the effectiveness of platinum-based chemotherapy for advanced non-small cell lung cancer. However, the review concluded that there is not enough evidence to rate the effectiveness of astragalus for treatment of chest pain, diabetes, chronic fatigue syndrome, HIV/AIDS, fibromyalgia and cervical cancer.”

Everyone has heard of probiotics. Most doctors will recommend them when prescribing antibiotics to treat certain infections of the gut or stomach. Probiotics are known to restore good bacteria back into the body that further help fight infection and strengthen the body’s immune system. According to prevention.com, yogurt and other fermented foods are a great source of probiotics for their “friendly bacteria” components. According to the site, “The latest research published in the Journal of Science and Medicine in Sport found that New Zealand athletes had about 40% fewer colds and gastrointestinal infections when they took a probiotic compared to when they took a placebo.” They further write, “Other research has found that probiotic supplements may greatly lower the risk of an antibiotic-resistant superbug, Clostridium difficile, which is increasingly common in nursing homes and hospitals and named by the CDC as an ‘urgent threat’ in their 2013 report on Antibiotic Resistant Infections.” C. diff. can cause severe diarrhea and life-threatening inflammation of the colon. “In people taking an antibiotic, also taking a probiotic reduced the risk of developing C. diff. by two-thirds,” says Joshua Goldenberg, ND, a naturopathic physician at the Northshore Family Practice in Kenmore, Washington, and co-author of a Cochrane Library Review on the subject. “That is quite impressive. There are very few medical interventions, conventional or naturopathic, that improve results by that much.”

According to sustainablebabysteps.com, oregano oil is vastly popular at this time, yielding many health benefits, and can be found everywhere from grocery stores to hospital wards. According to the site, “Simply eating dried or fresh Oregano is good for you, but it’s nothing compared to the potency of the essential oils of Oregano. It only takes a small amount to make a pretty big impact. It’s most often used for immune support, respiratory support, and muscles and joints. And yes, you will smell like a pizza for a good 6 hours afterwards.” Further according to the site, primary benefits of oregano oil include: “immune enhancing benefits, oregano oil supports healthy digestion and respiratory function, it is an excellent source of antioxidants and can further help soften the skin.” They also tell us that, “Oregano essential oil blends well with Basil, Fennel, Geranium, Lemongrass, Thyme and Rosemary essential oils. To support these Oregano oil health benefits, also consider trying Thyme, Melaleuca, and Lemon.”

Smoothie “Cleanses” – Are They Really Good for You?

GMO Foods – Are They Really Bad For You?