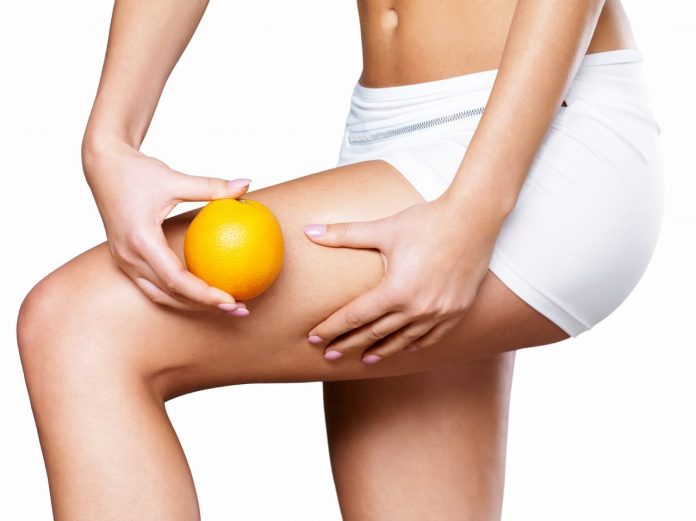 Dieting and exercise to shed some unwanted pounds can be easy if you are disciplined and stick to your new found way of life. However, as you drop the pounds, you may find that all of a sudden, you have cellulite, or the appearance of cottage cheese like patterns under your skin in places you didn’t even realize you could get it. Most people are unaware that there are certain foods that contribute to cellulite. Cutting these foods from your diet can be a simple way to help battle those unwanted bumps and dimples.

In addition, some helpful information from HowdoIgetgreatlegs.com, notes three primary nutritional properties that affect the production and appearance of cellulite.

They say that eating fatty foods or foods that are high in those unhealthy fats that we all love so much will always increase the appearance of cellulite. So, it’s important that when we are fighting the battle to reduce the amount of bad fats that we consume. It is also noted that when blood sugar levels are high within the body, it tends to make our bodies turn into “fat storing machines” that further contribute to cellulite production. Lastly, high estrogen levels can actually cause cellulite to build up. It is said that when you “exhaust your adrenal glands, you expose yourself to develop high estrogen levels.” So, keeping your “adrenal fatigue,” in check is something else to highly consider when battling those unwanted bumps and dimples.

According to “6 Foods that Cause Cellulite,” by steptohealth.com, white sugar is listed at the top of their list for foods that contribute to cellulite. They write, “White sugar does not provide any nutrients, and a lot of nutritionists consider it to be a poison today. It contains what are known as ‘empty calories’ which also contribute to the appearance of cellulite and being overweight. It is a risk factor for developing type 2 Diabetes, and it could also damage your teeth. White sugar also acidifies the blood and robs the body of minerals, like calcium, leaving teeth and bones even weaker.” They also listed healthier alternatives to the use of white sugar. Replacement options are brown sugar, honey, cane sugar, maple syrup, agave nectar, grain molasses and natural fruit syrups.

HowdoIgetgreatlegs.com further supports this by saying, “The American Diabetes Association estimates that 79 million Americans have pre-diabetes, which makes those individuals five or six times more likely to get type 2 diabetes. When you eat high amounts of sugar your blood sugar levels rise, telling your body to store fat.”

Refined, or table salt, is also said by the website to contribute to the production of cellulite. They write: “It is especially important to leave table salt out of your diet because it is a refined salt, which only contains sodium chloride, and causes fluid retention and poor circulation. This, too, leads to cellulite.  It’s a lot healthier to choose sea salt or Himalayan salt, which are rich in minerals and trace elements that are, in small amounts, necessary for the body. Another alternative, which not only does not cause fluid retention but also helps eliminate excess fluid, is using ocean water in cooking. You can buy it in herb stores and diet stores, and even at some supermarkets. It can be used in stews, soups, or whenever you want to boil pasta or rice.”

Listed as number three, they write “Fried foods are high in fat content and in a lot of cases, its low quality fat. Whenever you heat fat to too high of a temperature, they create toxic substances that the body tends to accumulate in areas far away from vital organs so as to avoid any risks. We recommend choosing to grill, steam, bake, sauté, or cook in a wok.”

When it comes to trans fats, HowdoIgetgreatlegs.com says that, “There are good fats and bad fats. Trans fat has got to be the worst, getting not only immediately stored as fat but also contributing to cardiovascular and heart disease. Look for this on your food labels and avoid it.”

Coming in at number four, steptohealth writes, “Alcoholic beverages do not directly cause cellulite, but they do constrict blood vessels in the skin, which makes the situation worse. They also contain ‘empty calories,’ which lead to weight gain and don’t provide any nutrients. When the body metabolizes them, they are converted into sugar. Alcoholic beverages also promote fluid retention and increase Fat deposits in certain areas (the thighs, arms, abdomen and glutes). Rather than drinking alcoholic beverages, we suggest drinking natural juices, infusions, or if you don’t like those, simply water.”

HowdoIgetgreatlegs.com also adds a few more beverages that can contribute to cellulite. When it comes to alcohol they note, “Alcohol – Burns out your adrenals (as well as Nicotine too) so limit alcohol to one day a week and drink moderately.”

Coffee is another one listed by the site, and they say that “One to two cups a coffee a day is fine, but too much can lead to adrenal fatigue, which ultimately leads to cellulite.”

Soda Pop is also mentioned, “Again soda will burn out your adrenal glands as well as jack your blood sugar so this is definitely one item you have to eliminate.”

Although steptohealth.com recommends fruit juices, howdoIgetgreatlegs.com, actually disputes that suggestion by saying that, “These drinks often contain as much sugar as soda pop, so this is one of those foods that you may think is healthy but is really sabotaging your efforts to eat and drink better.” A good recommendation for this is simply to drink natural juices, not from concentrate with no added sugar.

Wheat is suggested by howdoIgetgreatlegs.com. They say that wheat “can be eaten but needs to be minimized. White bread is a definite no-no as it jacks blood sugar almost as bad as sweets. If you want to eat wheat, make sure it is whole grain and you eat it early in the day (typically with breakfast). Again, go easy on the portions.”

Multiple sources say that fatty proteins not only help pack on the pounds, but that high-fat red meat such as highly marbled cuts of steak will only contribute to weight gain as will ground beef (i.e. burgers and meat loaf.

Although we often feel chicken to be on the healthier side, howdoIgetgreatlegs.com says, “Fattier Cuts of Chicken – The same holds true for poultry. Skinless chicken breasts are best, while drumsticks with the skin on, not so much,” and when it comes to cured meats, they “are high in preservatives, sodium, and often high in fat. Minimize these to cheat days.”

Number five on the list is refined foods. They further write that, “Foods prepared with refined, white flour are difficult to digest, and they also cause toxin accumulations within the body which could turn into cellulite, skin imperfections, etc. They also cause constipation. That’s why we recommend avoiding white bread and flour, and even choose whole grains instead: rice, pasta, etc.  If you make these pastas at home, you could even use whole grain flour.

On the other hand, even though you may consume whole carbohydrates, it’s also important not to eat too many throughout the day.  They provide a lot of energy, and if you don’t use it, it will turn into a reserve.  It’s best to consume balanced portions each day of whole grains, fruits, vegetables and protein (animal and/or vegetable sources).”

And lastly, steptohealth writes, “Junk food in general (pastries, hamburgers, fresh fries, sandwiches, sauces, pre-cooked foods, etc.) combine the majority of the worst foods for cellulite. They contain refined flour, sugar, refined salt, trans fat, which are extremely harmful for body health. They have been shown to increase the risk of suffering from coronary diseases. By using these components, the body not only does not receive the nutrients it needs, but they are sent directly to the ‘reserves,’ which is to say, accumulated fat and cellulite.

These foods do just the opposite of satiate hunger. You need huge amounts of them for it to feel like it’s enough, and because of the salt, sugar, and artificial flavoring used in them, they create addictive effects which generally make you want to eat more. This usually leads to people being overweight, which facilitates cellulite production.”

In an article posted on HowdoIgetgreatlegs.com, “What are the best and worst foods for cellulite on your legs,” they highlight their own list of foods that can aid in the production of cellulite, recommending that you avoid them when trying to reduce the production and appearance of cellulite. For dairy, they say that “products have higher levels of estrogen, which contribute to cellulite build up. Also the two most prevalent food sensitivities are to dairy and wheat. So although you may not be allergic, your body may not digest these items so well. Poor digestion will certainly lead to weight gain and worsen the appearance of cellulite.” They also further say “Milk – Modern dairy has up to 30% more estrogen than dairy did 30 years ago.”