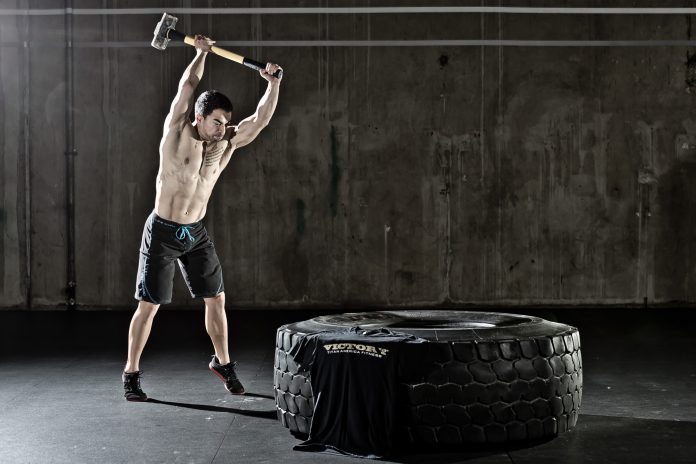 CrossFit is officially recognized as a global phenomenon. More and more people are considering becoming practitioners of a workout whose adepts promise that it’ll make you look like a superhero in no time. As a matter of fact, the creator of CrossFit has managed to revolutionize the world of sports, having established the largest gym chain in history. You’ve read that right – in history.

But what is there about CrossFit that makes it so popular? It comes as no surprise that a workout promising excellent results in the shortest amount of time is well-received, does it? The workout includes demanding exercises in a short timeframe. It is mostly based on weights and interval training, which are recognized to build fitness and challenge muscles.

Although all forms of exercises may lead to injury, CrossFit poses a greater risk because of the high-impact, high-speed approach. There are various exercises, such as the Olympic lifts, which should be done in moderation.

Notwithstanding, CrossFit continually promotes pushing your boundaries, and testing your limits, until you feel that there’s no fuel left in the tank. Meanwhile, training to muscular failure is a source of controversy. Pushing your body on a regular basis can do more harm than good, causing serious health risks, such as rhabdomyolysis.

The dangers are even greater when it comes to new athletes. Many individuals are considering CrossFit in order to experience a more challenging workout. It also appears that word of mouth is prevalent in the CrossFit community. Even though beginners may perform the exercises, since their muscles are immature, they might not be able to make the distinction between a good workout, and training to muscle failure. As a matter of fact, it’s a truth universally acknowledged that the vast majority of beginners don’t reckon when too much is too much.

As most explosive movements demand technical skills, Olympic lifts, for instance, shouldn’t be done in a fatigued state. CrossFit relies, mostly, on training to exhaustion and failure, which may create an impression of false effectiveness.

CrossFit trainers have diluted the system

When it’s done accordingly, CrossFit is not all bad. It’s a form of exercise that has been proven to work, for some people, enhancing strength and endurance. Nonetheless, because of its ever-growing popularity, beginner trainers have diluted its form.

Hence, another problem originates because of the abundance of new instructors. Did you know that there are CrossFit level 1 trainers that receive a certification after attending a two-day seminar, and taking a multiple-choice exam? Certainly, we’re not saying that there aren’t any professional, experienced CrossFit trainers left, but when the certification is so easy to obtain, how can you place your health condition in the hands of an inexperienced coach? By all means, coaches should possess an expanded experience in physical endurance before receiving certification.

All these considered, what is it that makes CrossFit a popular training choice? It’s pivotal to inform yourself concerning the risks of a form of workout or another, before taking it up. It’s your health that is at stake.

Exogenous Ketones: Everything You Need to Know

The 5 Components of Fitness