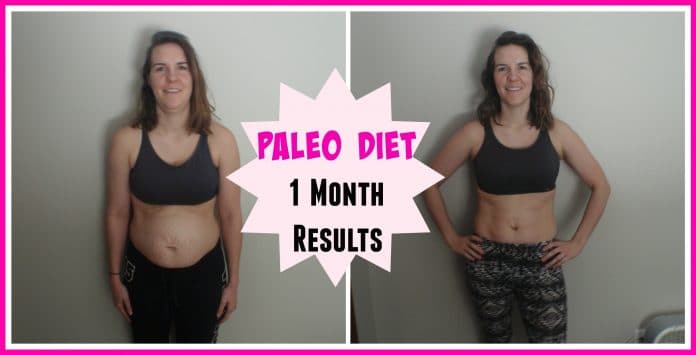 It is a sadly known fact that two out of three adults in the United States are obese or overweight. These results are based off of a number of factors: some people cannot afford nutrient-rich foods that are the healthiest, or other people aren’t exactly sure what a proper diet should even be. So, it comes as no surprise as to why so many of us search high and low for the right diet to achieve a healthier and slimmer body. Luckily, a simple Google search will show many diets that have been created to help us find our way to healthier living. One diet in particular is the paleo diet. According to an article published on paleomagonline.com, “Weight Loss on the Paleo Diet,” simply going Paleo and ditching all the junk foods we eat daily can often be enough to get to a healthy weight and achieve healthier eating habits. Paleomagonline sought the help of top paleo experts like Mark Sisson, Loren Cordain, Rob Wolf and Jason Seib, to help breakdown the paleo diet and tips on making it work for you.

One tip is to count calories but, you don’t actually have to count calories, which pretty much means that when you’re following the paleo diet calories still count. However, paleo calories generally count less, because they primarily come from whole, unprocessed foods. Whole foods require more energy to digest than their processed counterparts.

“Take, for example, a stalk of celery. By the time you chew, swallow, digest and absorb it, you’ve actually expended more calories than the celery contains, meaning that it’s actually providing negative calories! By comparison, a Twinkie requires almost no energy to chew, digest or absorb, but if you were going strictly by the listed caloric content, you would think that a calorie from a Twinkie is the same as a calorie from celery. In other words, a calorie is not a calorie.”

The article goes on to say that those who choose the Paleo Diet must be mindful to watch out for Paleo “loopholes,” which the article defines as “foods that are technically allowed, but are still calorie dense and easy to eat.”

For any diet, it’s always good to focus on what you can eat, rather than what you can’t. According to the article, in order to see paleo weight loss results, you have to be in it for the long haul. It is a lifestyle change rather than a diet.

According to share.upmc.com (2), the Paleo diet was developed by Loren Cordain, PhD, a researcher from Colorado State University, who started doing studies in the 1970s. He says that the paleo diet is the way humans were genetically designed to eat.

According to the article: “We are not cavemen. Recent studies suggest that early man was more of a vegetarian (plant eater) and not as much of a carnivore (meat eater).” Most of us don’t just hunt for our food.

The site says that the paleo diet calls for the consumption of Lean meat, such as chicken, turkey, pork, lean beef, and buffalo (bison), fish, seafood, fresh fruit, non-starchy vegetables, such as lettuce, asparagus, green beans, broccoli, cabbage, Brussels sprouts, cauliflower and spinach. Nuts, like almonds, walnuts, cashews, pecans, and pistachios (no peanuts), and seeds, like pumpkin and sunflower are also suggested. Eggs, plant-based oils, such as olive, walnut, grapeseed, and coconut oil are part of the diet.

So, what are the pros and cons of the paleo diet? “The paleo diet allows you to eat a clean diet without additives, preservatives, or chemicals.” (2) The site also notes that there are some anti-inflammatory benefits from the plant nutrients in fruits, vegetables, oils, nuts, and seeds, and if you eat more red meat, you will consume more iron. “You may see improved satiety — a feeling of fullness between meals, due to the higher intake of protein and fats.”

One of the disadvantages of the paleo diet is that it does tend to be a tad more expensive. The paleo diet also may be very difficult for vegetarians because it does exclude beans. In addition, if you’re an athlete who needs between 3 to 6 grams of carbs per pound of their body weight, per day, it would very difficult to do with fruits and vegetables alone. (2)

However, if you’re looking for a diet that is best in helping to change your life, to change your eating habits, and to promote a better, healthier way of living, choosing the paleo diet would be the perfect diet for you, because it allows us to go back to basics and eat the way in which we were intended to eat.

Vertical Climber vs Treadmill: Which is Better?