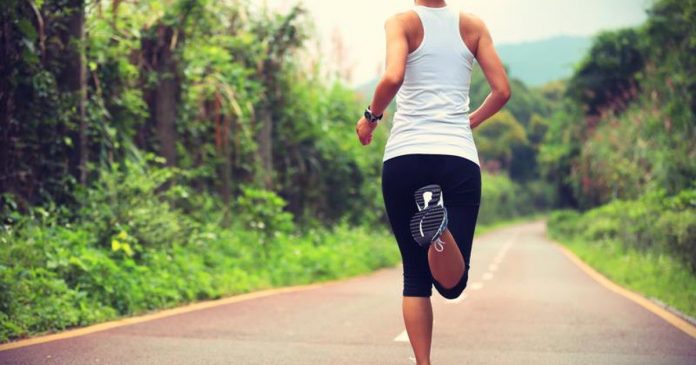 Running regularly can have its fair share of rewards and benefits. Running can provide a good, full body workout, strengthen and tone muscles, burn calories and induce fat or weight loss, but as people have learned over the years, too much of anything can be harmful to your health. Sadly, running is no exception.


Running long distances or doing too much running, in general, can have a profound negative impact on your health. One major disadvantage of long distance running, according to Active.com, is the build up of inflammation that can occur within the body. They write: “Swelling and inflammation are common after intense exercise, but research seems to indicate that the body will eventually adjust to the increased level of exercise following regular intense training to help reduce systematic inflammation. However, since oxidative damage may be carcinogenic, continued inflammation should be addressed before significantly increasing mileage (The Effects of Marathon Running by Nam Nguyen).”  It is also said that when it comes to long distance running, muscle damage and inflammation can remain present for up to seven days after your marathon, which might be not only uncomfortable but hazardous to your health (1).

Another negative side effect from marathon running and running long distance, further according to the website, can include running the risk of cardiac events. While running, your respiratory organs work much harder to maintain healthy levels of oxygen in the body for functioning. As your heart begins to pump more and your blood pressure rises, depending on your age and physical health, you may run the risk of experiencing a sudden cardiac event such as a heart attack, or sudden cardiac arrest. In addition, regardless of your health or age, one can develop other cardiac issues such as angina, which is classified as chest pain, cardiac arrhythmias like tachycardias and supraventricular tachycardias and other unwanted cardiac or respiratory conditions.


CompetitiveRunner.com adds “a newly published report in Mayo Clinic Proceedings suggests that the damage endurance athletes do to their hearts actually adds up over time. Repeated extreme exercise or long-distance racing can cause a buildup of scar tissue on the heart, which can lead to the development of patchy myocardial fibrosis in up to 12% of marathon runners. The effects of ‘chronic exercise’ can also include premature aging of the heart, stiffening of the heart muscles, and an increase in arrhythmias and atrial fibrillation… In fact, in the release announcing the study, the recent death of ultra-marathoner Micah True–who frequently ran distances in the range of 50-100 miles–during a training run is called out as likely being connected to the long-term effects of excessive endurance exercise. An autopsy of his heart found it enlarged and scarred and suggested that he died of a lethal arrhythmia, or irregular heartbeat.” (2)

Additionally, although osteoarthritis has not been directly linked to running long distances, or running in general, while running can be helpful for healthy joints, running long distances can cause joint injuries, and studies have linked one of the causes of osteoarthritis to damaged or injured joints. They write: “However, secondary osteoarthritis is directly associated with a history of joint injuries. These injuries may vary from acute to chronic with pain that is mild or severe. Overuse joint injuries are very common among distance runners. Regularly loading injured joints creates trauma which over time, may “deplete the joint of the lubricating glycoproteins, disrupt the collagen network, slowly wear away the cartilage, and cause numerous microfractures in the underlying bones.” Continuing to run while injured typically results in poor body mechanics which can lead to chronic injury as well. Especially susceptible to running injuries are women, flat-footed runners, and those with unusually shaped patella undersurface. The chances of these injuries grow higher with longer distance runs since proper form becomes more difficult to maintain as fatigue sets in. Heavier runners should also be especially mindful of injuries since those with more body mass tend to be more affected by osteoarthritis in the joints.

Other common problems runners may face are minor in comparison and include things like strains, blisters, muscle cramps, skin abrasions, lightheadedness, and exhaustion. It has been reported that 29 to 43 percent of marathon runners develop injuries during training and the rate of pre-marathon injury increases the more you train.

Weight change complications are another negative side effect that long distance runners may face. In order to further prepare for a race or marathon of long distances, the runner must increase their caloric intake to help compensate for the intense training schedule they will have. Once the marathon has been completed, a period of rest is required for the body to recover. During this period, the runner is accustomed to eating a high calorie, high carbohydrate diet, but is no longer exercising at near the same level. This can cause weight gain, similar to that experienced by body builders during the first few weeks after a competition.

Last but not least, long-distance running can have a negative impact on your immune system. Running a marathon will temporarily put the immune system into overdrive as cortisol is released to reduce swelling and inflammation. This causes the immune system to become run down and compromised. Because of this, marathon runners are encouraged to supplement with vitamins and get plenty of sleep.


Running in general can have a lot of wonderful benefits on your health if you make sure to take every precaution and be mindful of the more dangerous side effects and possible complications that can occur. Although, most people run short distances to reap the rewards and the health benefits that running has to offer, if you are planning to run long distances or would like to train for a marathon, always check with your medical primary care provider to make sure you are healthy enough to do so, and always weigh the benefits against the risks to make the best decision for yourself and your body, as too much of anything can certainly be harmful.