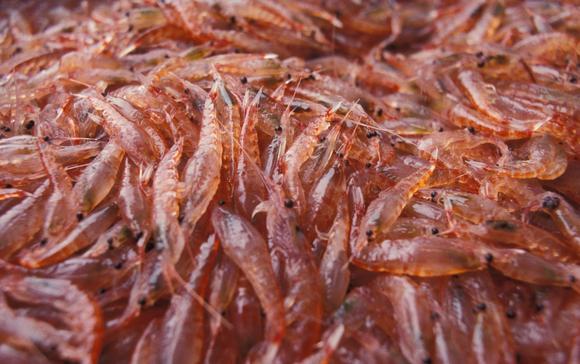 Fish oil has been a popular and widely used supplement that delivers outstanding benefits from eczema relief to improved cognitive health. Only recently has krill oil become a thing, maybe even the next big thing to happen to the essential fatty acids and omega-3 supplement market. Some people claim it is superior to fish oil, but it also has down sides. Here we will discuss the pros and cons of krill oil in comparison to fish oil.

What are Omega-3s and Essential Fatty Acids?

To first understand why anyone would want to take krill oil or fish oil supplements, it would be very useful to understand what omega-3s and essential fatty acids are. In order for the body to function the best it can, essential fats are required to be consumed as the body is not capable of creating these fats itself. There are linolenic, linoleic and oleic acids that we must provide to our bodies through our diet. The two types of essential fatty acids are alpha-linolenic acid (known as omega-3) and linoleic acid (known as omega-6. With an adequate amount of both omega-3s and 6s, omega-9 can be contributed by the body, which is not as essential as the other fatty acids.

There are many bodily functions that rely on the essential fatty acids in order to work properly. These include:

If your body doesn’t have a balanced omega-6 to omega-3 ratio (which should be 2:1 – 4:1 but is typically 10:1 and 30:1 with the average American diet) then you can experience some seriously adverse health problems. These include cancer, heart attacks, asthma, depression, quick aging, obesity, stroke, Alzheimer’s and many more.

Docosahexaenoic acid (DHA) and eicosapentaeonic acid (EPA) are what the omega-3 acids we consume are converted into. These are the polyunsaturated fats our body needs to function properly when it comes to vision development and functioning brain of children. With the proper levels of omega-3s, many of the adverse health effects mentioned earlier could easily be prevented.

What is Krill Oil?

Krill are tiny, shrimp-like creatures that live in the waters and oceans of Antarctica, Canada and Japan. They live off plankton on the surface of the ocean. Krill is full of astaxanthin, the antioxidant that gives them their bright-orange skin pigmentation. Krill also has higher levels of EPA when compared to fish oil.

While krill oil has higher levels of EPA and astaxanthin, it decomposes within a matter of a few hours (usually 2-3 hours). This makes the cost of krill oil much higher because the manufacturers have to either keep the krill alive until the manufacturing process begins, or they must freeze them until they need to extract the oil.

Krill oil is absorbed in phospholipid form which is different from fish oil and because of this, krill oil may actually be absorbed slightly better than fish oil. Usually taken to help with high blood pressure, cancer, stroke, osteoarthritis, premenstrual syndrome and depression, krill oil is still not used widely enough to determine this to be completely true.

One thing that may make krill oil preferable to fish oil is that it does not give you the fishy reflux that some fish oil supplements can. The other key benefit is that since krill oil is at the bottom of the food chain, there is no mercury accumulation that is common in larger fish species.

What is Fish Oil?

Fish oil is created from a variety of different fish that include herring, tuna, salmon, mackerel, cod liver, whale blubber and even seal blubber. It also has the same benefits of omega-3 fatty acids by providing EPA and DHA that are essential in our human diets.

The conditions that are treated with fish oil include high blood pressure and cholesterol, heart disease, stroke, clot regulation, kidney disease, depression, Alzheimer prevention, migraines, PMS and more. Fish oil has been highly regarded for quite some time now and is more widely used than krill oil. There is a lot of history and data gathered about the use of fish oil which might make it a more reliable source for essential fatty acids when compared to krill oil.

So is Krill Oil a Better Choice Than Fish Oil?

There is still a lot to learn about the effects of krill oil and fish oil when compared to one another. Krill oil is still a fairly new introduction to the supplemental world and when it all boils down, there is not a huge difference between one and the other. Proponents claim krill oil is superior because of better absorption and lower mercury content, but these claims haven’t been fully substantiated. Fish oil, on the other hand, is a tried and true supplement that has withstood the test of time.

One last thing that is definitely worth mentioning is concerns over sustainability. Some experts say that harvesting krill can have a negative impact on the many animals that feed off it (whales, squid, etc). Since krill is at the bottom of the food chain, there is a long line of aquatic animals that rely on it to survive. The same can be said about fish oil, but being higher on the food chain fewer species would be impacted. While you will find a lot of conflicting arguments about these issues online, and there is still a lot of research that needs to be done. Either way, both krill oil and fish oil are great sources for omega-3s and 6s, extremely important fatty acids that we should all be including in our diets.

The Ketogenic Diet vs Paleo Diet vs Atkins Diet