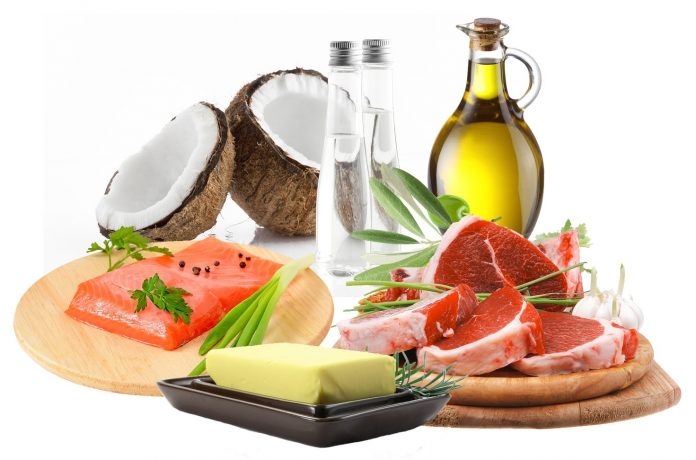 Getting in shape is tough, especially when you are seeking not only the right balance between diet and exercise, but the right diet in general, and this can be key to your entire fitness journey. There are several different types of diets: high carb diets that are designed more for the body builder and more recently, low carb diets, like the Ketogenic diet. According to Ketogenic-diet-resource.com, when choosing the right diet for your weight loss journey, “the best weight loss program is one that manages insulin.” Ketogenic diets certainly manage insulin levels in the body, which is one of the many reasons a Ketogenic diet may be the right diet for you.

It is said that there are many outstanding benefits of the ketogenic diet, if you are able to establish the metabolic state of ketosis even for a short period of time. But what exactly is ketosis? The idea behind ketosis, according to an article, “In Depth Look at Ketogenic Diets and Ketosis,” on bodybuilding.com, “ketosis is a metabolic state of the body, which means that the quantity of ketones in the blood have reached higher-than-normal levels. When the body is in a ketogenic state, this means that lipid energy metabolism is intact. The body will start breaking down your own body fat to fuel the body’s normal, everyday functions.”

“A ketone body, (KB) is a byproduct formed during the conversion of fatty acids to fuel. Some fatty acids are oxidized by the liver for energy production. Others can be partially oxidized to form the substrate acetoacetate, which is then converted to beta-hydroxybutyric acid; collectively, these are termed ketone bodies. Ketones can be used by all tissue containing mitochondria, which includes muscle and the brain.”

Sounds interesting, right? What kind of benefits can we expect from placing our bodies in a state of ketosis? According to the article, the main benefit of ketosis is that it increases the body’s ability to utilize fats for fuel. In high carb diets, the body relies on an outside source of energy (carbs), and when the body is in a state of ketosis, it is said to actually force the body to have to mobilize fats as energies.

Another benefit of ketosis is the low levels of insulin in the body, “which causes greater lipolysis and free-glycerol release compared to a normal diet when insulin is around 80-120. Insulin has a lipolysis-blocking effect, which can inhibit the use of fatty acids as energy. Also, when insulin is brought to low levels, beneficial hormones are released in the body, such as growth hormone and other powerful growth factors.” (2.)

Pitfalls and disadvantages of inducing a state of ketosis include the mild symptoms of the “metabolic shift.” During the first few weeks of the diet, you may experience brain fog, fatigue, and even dehydration, “due to the increased water loss associated with ketoic-induced diuresis and water loss from depletion of glycogen stores.” Another concern is the blood-lipid profile. A Ketogenic diet has sprung much debate on the topic as research has shown that in some cases the diet can raise cholesterol levels due to saturated fat intake. Although, there are healthier alternatives to saturated fat intake, research has shown that such a diet, with the healthier saturated fat choices, can lower cholesterol. Also, the diet limits carbohydrates to less than 50 grams a day; as a result, micronutrient deficiencies can occur. The best way to try and avoid any deficiency is by taking a good multivitamin.

For diabetics, “Ketoacidosis occurs when the level of ketones in the blood gets out of control, which poses a severe health risk for diabetics. When massive quantities of ketones are produced, the pH level of the blood drops, creating a high-acidic environment. Nondiabetics need not fear, as the regulated and controlled production of ketone bodies allows the blood pH to remain within normal limits.” (2)

Now, the burning question may be, how do you enter a state of ketosis? According to bodybuilding.com “the best way to get into the metabolic state of ketosis is by starting off using a fairly high-fat intake with smaller amounts of protein. After your body gets into ketosis, the fat intake can be reduced and the protein intake can be increased.

In another article posted on the same website, ” The Keto Diet: A Low-Carb Approach to Fat Loss,” explains “Many keto activists advise that number to be 30 grams of carbohydrates, but most individuals can still maintain ketosis while consuming the 50 grams, and this allows for a little more leeway in the diet since you can increase the consumption of vegetables and a variety of flavorings that contain a few grams of carbohydrates.” (1.)

The Top 7 Plant-based Proteins You Should Be Eating

Cardiorespiratory Endurance: What Is It and Why Should You Care?