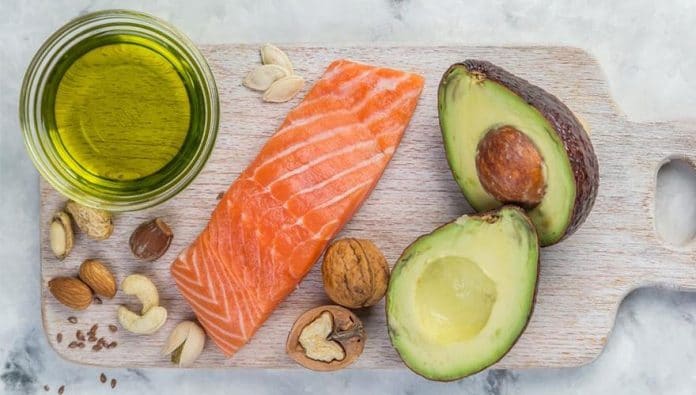 The Keto, Atkins and Paleo diets are often grouped together as the ‘low carb fad diets.’ They have some similarities as well as significant differences. For so many years they have remained at the forefront of diet trends, but is one superior? Is one better suited for your body chemistry? Can you use them as a short-term strategy to kick-start better health and weight loss? In this article, we will delve into each type of diet and see if we can come up with some definitive answers.

The keto diet is focused on the concept of ketosis and restricting carbohydrate intake. Out of the three diets covered in this article, it is the most technical but still it has amassed a large following. A lot of people prefer it because of its unconventional approach.

As a mainstream diet therapy, it is aimed primarily towards those who wish to achieve dramatic weight loss. However, it has also been shown to help in improving medical conditions like type 2 diabetes and cognitive ailments like Alzheimer’s. The Keto diet was actually developed in the 1920s to prevent and treat seizures. But today, it is best known as a rapid weight loss and fat burning regimen.

The reason Keto is more effective in promoting accelerated weight loss than most diets is that it prods the body to burn fat more efficiently by entering a state known as nutritional ketosis. It is a metabolic state wherein glucose – your body’s main fuel source – is not readily available for energy. As a result, your body turns to its secondary energy source: fat.

For your body to be able to burn fat instead of glucose, you must reduce the number of carbs you eat down to approximately 5% of your diet. At the same time, you need to increase your fat intake by as much as 70%. The significant lack of carbohydrates will force your body to burn fatty acids as fuel. This explains how rapid weight loss occurs.

Note that your body will burn as much glucose as possible when you’re first switching into a keto diet. It will turn to its glycogen stores and burn all that until it doesn’t have enough fuel from carbohydrates. Eventually, your body kind of starts to learn and switch over to burning fat. That’s when everything sort of accelerates, but during this process a lot of people feel pretty crappy for a few days until their bodies learn to burn ketones. Don’t confuse that initial poor feeling with the thought that the keto diet is not working. That’s to be expected because your body is going through a pretty major shift.

This is regarded as the granddaddy of the low-carb diets that took the world by storm in the 1970s. By 2004, when it was dubbed as the “Steak and Eggs Diet,” reports claimed that one out of 11 adults was on Atkins. The popularity and the nickname stemmed from the belief that you can eat limitless amounts of fat and protein, and as long as you don’t consume any carb, you’d still lose weight.

Since then, Atkins has evolved, but the concept remained the same: all kinds of carbohydrates cause spikes in blood glucose levels, and such spikes prompt the body to store fat. During the first phase of the diet, you’ll need to restrict your carb intake to just 20 grams. After induction, you will gradually add more fiber and nutrient-rich carbs back in, but only to a certain point. By the end of the diet, your daily carb allowance increases to 100 grams for maintenance. This is too high for you to stay in a consistent state of ketosis.

The Paleo diet is probably the easiest of the three to understand. The concept is that our modern diet, which is loaded with refined foods and sugar, causes many diseases, including cancer, diabetes, and heart disease. The solution? Eat like our Paleolithic ancestors did and discard all processed foods, including dairy. If a certain food item was not available to a caveman 3 million years ago, then it should not be on your plate!

So basically, your diet will consist of meat, fish, eggs, and fresh fruits and vegetables. This is consistent with the notion that such food sources are ideally suited for humans instead of agricultural products and refined foods that came much later in our evolution. Some experts believe that our hunter-gatherer ancestors, in spite of their shorter life expectancy, were actually much healthier than we are. Give it a little thought and you’ll realize that they could very well be right!

Unlike the Atkins and Keto diets, Paleo doesn’t eliminate all carbohydrates. However, you can’t have grains, legumes, sugar, or dairy. Nutrition scientists actually consider the Paleo as more low-glycemic than low-carb. This is not in line with the traditional dietary advice of the FDA, which recommends that majority of our daily food intake should come in the form of carbs.

The key in the Paleo diet is controlling your sugar cravings by eating maybe one or two apples, and that’s it. You can’t go hog wild and gobble dozens of bananas just to claim Paleo status because that won’t help your waistline. If you’re not sure as to what foodstuffs to avoid while on Paleo, take a look at this guide below:

Below is a three-way comparison table that you can use as a guide when choosing which diet may be appropriate for you:

One of the most significant gains that you’ll make with any of these diets is that you are cutting back on the trans-fats and harmful additives found in processed foods. You are also ridding yourself of your cravings for sugar. Note that it’s going to be tough and you are bound to experience keto flu in the beginning. It’s your body’s way of resisting change, but once it gets used to processing ketones instead of glucose, you’ll feel a lot better – healthier and more energetic.

One way to minimize the effects of the keto flu is to start with Paleo, switch to Atkins and then move to Keto when you are already used to low carbs. This way you can reap the benefits from all three.

There is really no ‘one size fits all’ diet. Bear in mind that all three of these diet fads are not meant to work for life, and experts advocate Real Food For Real Life because they are well aware that in the long run, most folks will stick to an eating lifestyle that does not restrict what can be consumed, as long as they are doing it correctly. The Keto diet, and even Atkins, can work for you if you wish to lose a lot of weight fast. However, you must be cautious about the potential long-term risks. Paleo seems to be a safer long term eating lifestyle as long as you ingest all the necessary vitamins and minerals. It has also been proven to be effective for short term use, particularly among athletes. For these reasons, the Paleo diet is perhaps the one that is best to maintain on a long-term basis.

The Surprising Benefits of Doing Pull-ups