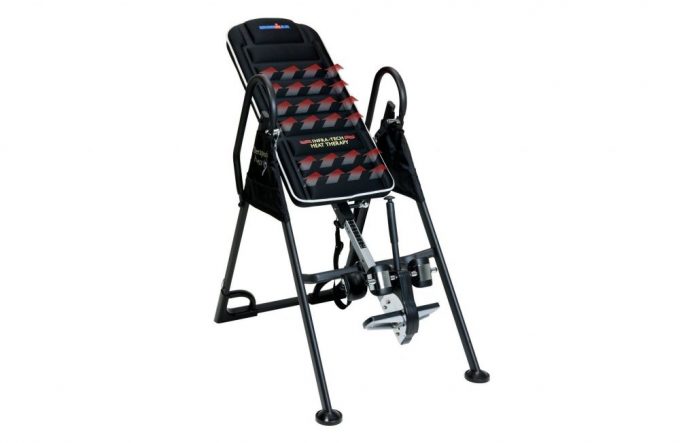 Back pain is the worst. According to the American Chiropractic Association, an astounding 31 million Americans suffer from this troubling ailment at any given time. As a result, there are several different ways one can try to relieve back pain. Many use a range of remedies such as chiropractic therapies, physical therapy and/or medication, and some even seek the natural remedy of inversion tables. The use of inversion tables to relieve back pain has been around for centuries. According to livestrong.com, “inversion therapy commonly uses an inversion table to obtain the health benefits that come from reversing the gravitational pull on the body’s organs, bones and joints.”

One of the benefits from using an inversion table is that it can relieve lower back pain. Livestrong.com tells us that “A study entitled, “Adaptation of Tilt Table for Lumbar Traction,” published in the Journal of Canadian Chiropractic Association, found that 88 percent of patients who underwent a series of eight inversion table treatments found major improvements in a number of complaints including spondylolisthesis, herniated discs, lumbar osteoarthritis with sciatica, and coccygodynia. The study found that inversion treatments help increase the space between spinal discs and reduce paraspinal EMG activity (an indicator of muscle pain).”

Another benefit to the use of inversion tables according to livestrong.com is that their use increases trunk flexion. Livestrong.com notes, “Another study published in the Journal of the Canadian Chiropractic Association found that inversion therapy increased forward trunk flexion, the ability to bend over forward, by 25 percent. The inability to bend over forward severely restricts some everyday activities like putting on shoes and socks, and contributes to muscle atrophy.”

Another benefit listed on livestrong.com is that the use of inversion tables can improve other conditions as well. They tell us, “The EnergyCenter.com, a seller of inversion tables and equipment, claims that inversion tables can also help reduce tension headaches by taking pressure off nerves, increase flexibility, promote lymphatic drainage and blood circulation, and improve mood. By reversing the effects of gravity, the blood is able to circulate more freely to the upper body, including the brain. Inversion therapy may also be beneficial in recovering from high impact workouts.”

Healthydietbase.com lists their own pros and cons for the use of inversion tables. They agree that the use of inversion tables does offer a total body stretch, minimizes muscle spasms and increases circulation. They also note, however, that inversion tables can prevent motion sickness by saying that, “Being inverted in an angle will stimulate the inner ear, which is where spatial orientation and balance are controlled. A body being inverted at an angle could result in temporary relief from motion sickness and stress.”

It can also create diaphragm weakness, as it is said that while being placed in an inverted angle as the spine is being decompressed, parts of the stomach are moved into the chest cavity, and according to healthydietbase.com, “The result is weakness of the diaphragm. Hiatal and ventral hernias are very common in inversion therapy because the upper body is thrust in a different position, causing strain in sensitive areas of the body that are not used to such pressure.”

It can cause bone problems and even disorientation, for those with even the healthiest bones. It is also said that you will still feel some sort of pain after treatment, meaning it certainly isn’t a cure all. While the inversion of gravity can relieve back pain and stretch out the back, it can put stress on bones and joints causing damage or harm. Overall, it’s best to consult a doctor about your ailments before trying an inversion table, and to note if any symptoms suddenly worsen.