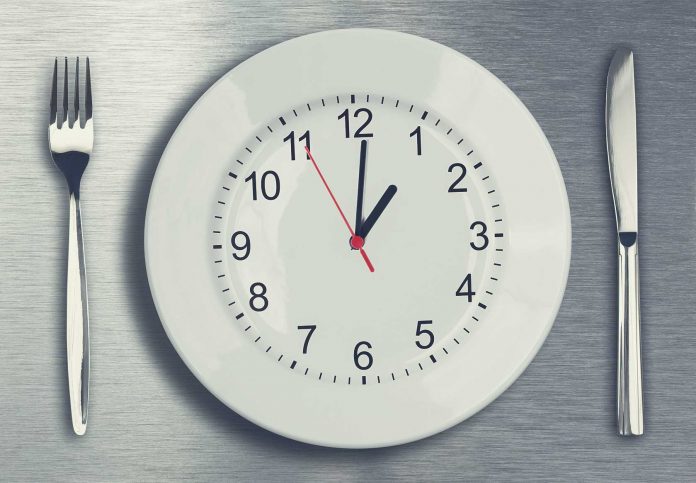 Intermittent fasting (IF) is currently one of the most talked about health and fitness trends. It refers to an eating pattern that cycles between bouts of fasting and eating during which you restrict calorie intake or don’t eat at all. Contrary to what most people think, it is not a diet in the conventional sense. You still eat your normal amount of food while reducing the eating window to about eight hours each day. It is essentially occasional starvation done in a strategic manner.

Intermittent fasting is not something new. Humans have fasted since time immemorial, but what’s new is that clinical studies on IF’s benefits for health and fitness are starting to catch up. Check out some of the proven benefits:

Intermittent Fasting Affects the Function of Cells and Hormones

When you refrain from eating for a while, a number of things happen in your body. For instance, it initiates cellular repair and alters hormone levels to make body fat more readily accessible for use as an energy source. Below are some of the changes in the body during a period of fasting:

Multiple studies have shown that IF allows the body to burn fat cells more effectively than regular dieting. It allows the body to use fat as the main source of energy instead of sugar. In fact, athletes fast in order to achieve low body fat percentages for competitions.

Intermittent fasting improves hormone function to facilitate weight loss. Higher growth hormone levels, lower insulin levels, and increased amounts of norepinephrine, all speed up the breakdown of body fat so it can be used for energy.

Short-term fasting boosts the body’s metabolic rate by 3.6 to 14 percent, thereby helping burn more calories. Studies have also revealed that intermittent fasting can lead to weight loss of three to eight percent over a period of 3 to 24 weeks.

Intermittent Fasting Can Reduce Inflammation and Oxidative Stress in the Body

Oxidative stress refers to the imbalance between the production of free radicals and the body’s ability to counteract their harmful effects. Oxidative stress is known to hasten the aging process and contribute to the development of many chronic diseases. Several studies have shown that intermittent fasting can boost the body’s resistance to oxidative stress. Furthermore, intermittent fasting can help in fighting inflammation, which is also a key component of all sorts of common illnesses.

When you fast, the cells in your body trigger a waste removal process called autophagy or autophagocytosis. It is a natural, controlled, destructive cellular mechanism that disassembles dysfunctional or unnecessary components. Autophagy allows the regulated recycling and degradation of cellular components. This means the cells break down damaged and/or dysfunctional proteins that tend to accumulate over time. Increased autophagy can therefore provide protection from diseases, including Alzheimer’s and various types of cancer.

Type 2 diabetes is a chronic metabolic disorder characterized by high blood sugar and insulin. The latter means the pancreas does not produce sufficient amount of insulin or body cells no longer react properly to insulin.

In human studies, fasting blood sugar has been reduced by three to six percent, while fasting insulin was reduced by as much as 20 to 31 percent. This means that intermittent fasting can be highly protective for those susceptible to developing type 2 diabetes.

Intermittent Fasting Can be Beneficial for Cardiac Health

Cardiovascular disease (CVD) is currently the biggest killer worldwide. It has been estimated that 17.5 million people succumbed to CVDs in 2012, representing about 31 percent of all global fatalities. It is known that a number of “risk factors” are linked to either an increased or decreased occurrence of heart disease.

It has been shown that intermittent fasting can improve various risk factors, including blood sugar level, blood pressure, blood triglycerides, total cholesterol, LDL (bad cholesterol), and inflammatory markers. Note, however, that most of the findings are based on animal studies. The effects of intermittent fasting on heart condition need to be studied further in humans before any definitive recommendations can be made.

Cancer is a group of diseases that involve abnormal cellular growth with the potential to metastasize or spread to other parts of the body. Fasting has beneficial effects on metabolic processes that can lead to reduced risk of developing cancer. Although more human studies are needed, there have been promising findings from animal studies indicating that intermittent fasting may aid in cancer prevention. There is also some documented evidence on human cancer patients suggesting that fasting can reduce certain side effects of radiation or chemotherapy.

Alzheimer’s disease is a progressive and irreversible brain disorder that gradually destroys cognition, memory, and eventually the ability to perform simple daily tasks. It is now the most common neurodegenerative disorder in the world. In the U.S. alone, it has been estimated that 5.4 million Americans are suffering from Alzheimer’s disease in 2016. There is currently no available treatment, so preventing it from developing is of paramount importance. In a series of case studies, it has been found that lifestyle intervention that includes daily short-term fasting can significantly improve symptoms in nine out of ten patients.

Studies conducted in rats showed that intermittent fasting extends lifespan in the same way as continuous calorie restriction. In one of the studies, rats that fasted every other day lived about 83 percent longer than those that weren’t fasted. This has yet to be proven conclusively in humans, but intermittent fasting has certainly become extremely popular among the anti-aging crowd. Come to think of it, when you consider the known benefits for metabolism, hormone regulation, cellular repair and all types of health markers, it makes a lot of sense that intermittent fasting can really help you live a longer and healthier life.

The Top 10 Supplements to Boost Your Immune System (Infographic)

The Paelo Diet for Fat Loss