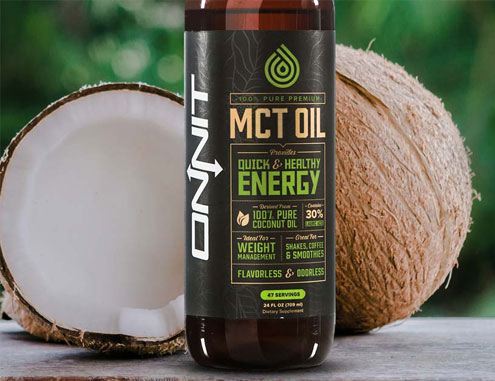 We’ve been hearing about this everywhere: teas that can help you lose weight, detox waters doing this and doing that. But have you ever heard of MCT Oil? I’m pretty sure you haven’t – or just recently found out about it, and looked it up. This magical elixir that athletes swear it provides them with more energy seems to have great metabolic-boosting properties, turning your body into a mean, mean, fat burning machine.

MCT is also known as medium-chain triglycerides, which stand in opposition of LCT (long chain triglycerides) present in most foods. It is primarily made out of capric and caprylic fatty acid that is a light yellow color, odorless and translucent agent when placed at a room temperature. MCT oil is also a substance that occurs naturally in coconut oil, being originally used to add more calories to baby formulas. However, dieters and athletes nowadays also embraced the power of MCT for its ability to sustain the body’s power and fuel them with energy.  And let’s face it, who doesn’t like having a companion there to aid them in their weight loss journey?

Here are some of the benefits that health-nuts associate with MCT oil:

People also claim that MCT oil can prevent the cravings for sugar and junk food, making you less likely to go psycho the moment you walk past that new bakery in town. Since it’s an appetite suppressant, those so-called “unhealthy foods” no longer have the same power over you as they did in the past. MCT oil is even said to improve Alzheimer’s disease, due to its brain-enhancing abilities.

The Science Behind MCT Oil

When it comes to fitness lovers, not all of them are convinced that MCT oil can induce fat burning. Studies made by Dr. Michael Darnley reveal that MCT oil only showed fat-burning properties when tested on animals. The major findings of the study indicate that when MCT was used instead of LCT, the animal would gain less weight, store less adipose tissue and show more of a metabolic rate increase. However, there wasn’t much proof of that in humans, and there are many theories stating the differences between the metabolism of humans and that of animals. The main argument is that animals consume a lot more fat than humans in order to survive and perform their activities.

However, the study did show that MCT oil does not get usually stored as body fat simply because it’s directly processed by the liver. It also has a smaller molecular structure and makes it more soluble – thus making it easier for your digestive system to process without storing it. Once it gets in the liver, MCT is transformed into ketone bodies, which are essential for energy-maintaining.

How to Use MCT Oil

If you are a beginner in using MCT oil and don’t want to experience any unwanted side effects from incorrect dosage, you should know that there are a few steps to follow when using it. You don’t just grab the bottle and drink however much you can gulp – you need to start slow. For example, beginners might want to start with one tablespoon of MCT oil per day (for example, one teaspoon in your coffee cup), lest you want to experience a case of the laxative “disaster pants.” It can also be used in salads, sushi, sauces and smoothies, so it’s quite versatile.

Some people use MCT oil while they cook, but my recommendation would be to add it AFTER you finish cooking. High temperatures may lessen the positive effects of the oil. MCT oil doesn’t actually have any taste, color or odor, which is why you may add it in your foods to increase the thermogenic effect – without you feeling any different. That’s way, the food you ingest will consume more calories than usual. A tablespoon of MCT oil taken before you go to bed can help you burn body fat easier during the night when your body is in a hibernating state. If you experience insomnia, it can also improve the quality of your sleep (especially if you mix it with a bit of honey).

As a conclusion, there are many excess calories from foods that can be stored as fats while others simply convert into energy. Most of that depends on where the molecules are processed. Since MCT has a structure different from the body fat (unlike LCT), it goes directly to the liver for processing, providing you with pure energy – and no body fat storage.

The Ketogenic Diet to Treat Diabetes