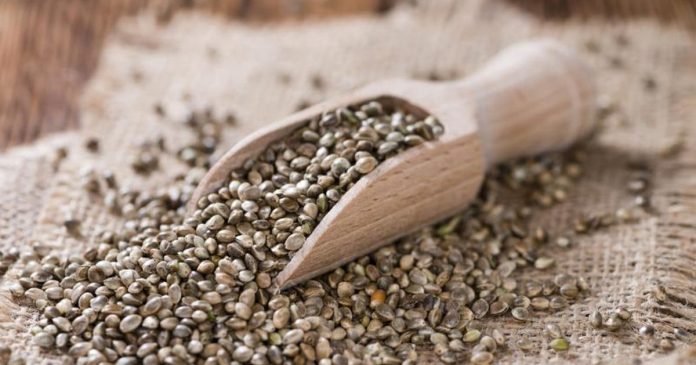 All the buzz lately surrounds super seeds and how they can help boost a nutritional and well balanced, well-rounded diet. When it comes to seeds like hemp, chia, and flax, everyone wants to know what the difference is and which one might be better based on personal nutritional needs.

As it turns out, flax and chia have a great deal in common. They are both almost identical nutritionally. Both harbor a good source of omega-3 fatty acids, which one would typically think you could only get through eating fish. Each provides 2400mg of omega-3’s per tablespoon, and are both really high in fiber, yet Chia has the slight advantage with 5 grams of fiber per tablespoon vs. the only 3 grams that flax seeds have. Both have a conservative amount of protein.  (1.)

When these super seeds were first introduced as a way to boost the everyday diet, flax seeds once stood as a lone ranger for diet boosting seeds. Now that Chia and hemp seeds have come forth, among a few other with their own super seedy, nutritional benefits, it’s easy to see what all the buzz is about.

How do these “super seeds” stack up?

According to dieteticdirections.com, based off of their spreadsheet, Chia seeds seem to be the best. They have 100 calories, per 2 tablespoon servings. While flax seeds also seem to have only 100 calories, hemp seeds are kicked out of the calorie race with a total of 115 calories per two table spoons. When it comes to dietary protein in grams, however, hemp seeds win with 7 grams of protein, while both chia and flax seeds tie with each other, with a total of 3 grams per two table spoons. Finally, when it comes to fiber, according to the chart, chia seeds win again, with 8 grams of fiber, while flax comes in second with 5 grams and hemp with a disappointing 3 grams of fiber. So, it seems as though, if you weigh that information together, it sounds like chia seeds might be the best option to boost your diet, at least when it comes to having to choose the better rounded seed for your diet. (2.)

However, if you demand more protein in your dietary regimen, then hemp seeds might actually be the best option for you, and if your diet demands more fiber, chia seeds seem to take the cake.

What do all of these super seeds have in common? Further according to the article published on dieteticdirections.com, they are all plant based, vegetarian and vegan protein sources. They all have complete protein, and all of the essential amino acids. All of these super seeds are gluten free and contain heart healthy polyunsaturated fats (Omega 3 and 6), which helps support immune and brain function. They also happen to be cholesterol lowering and anti-inflammatory.  As the chart showed us, they all have sources of both protein and fiber. (2.)

When it comes to nutritional comparisons, the site says that Chia seeds win for the highest fiber content. According to the site, the fiber that chia seeds has is the soluble, or cholesterol lowering kind, which is said to help us feel full leading up to our next meal. Chia seeds are said to add bulk to stool and help control blood sugars. Chia seeds also contain 18% of your daily calcium requirement and can be easily digested without the need to grind the seeds, which is a drawback of flax seeds. Chia seeds are also said to contain the most phosphorus, with 27% of daily requirements. (2.)

Further according to the site, hemp seeds, when doing a nutritional comparison, win for the most protein per serving. Hemp seeds contain three times more omega-6 than omega 3’s that are associated with heart health benefits. Hemp seeds also contain iron and zinc, which are important for body functions. (2.)

Flax seeds, being a rich source of lignans, (a phytochemical that reduces cancer risk by acting as an antioxidant.) also, is least expensive to buy compared to hemp and chia seeds. Flax seeds have the highest source of plant based omega 3 fatty acids per serving. A drawback may be the fact that flax seeds do need some sort of grinding involved to obtain optimum nutritional health benefits. However, flax seeds can be a positive, alternative substitute for 1 medium egg. (2.)

Time.com has an interesting article on “The Truth About 6 “Super food” Seeds,” stating “’There is an obsession with healthy fats, protein and fiber—it’s like the trinity—and seeds have all three,’ says Dawn Jackson Blatner, a registered dietitian in Chicago, Illinois.” According to the article, one of the best things about the chia’s evolution from punch line to power food has finally earned the tiny seed some respect. The site says that it is packed with 10g of fiber and nearly 5g of protein per ounce! Chia seeds are said to hail from a plant in the mint family, and can absorb up to 10 times their weight in water.

According to the site, “’Chefs at the Cleveland Clinic even add the seeds to meatballs for extra bulk and flavor,’ says Kristin Kirkpatrick, a registered dietitian at the Ohio hospital. Sold both in big bags and small, single-serve packets for mixing into smoothies, the seeds are also a good source of calcium, Omega-3 fatty acids and phosphorous.” The bad news about chia seeds, according to the article, is the assertions that they can lower blood pressure and make you lose weight. This is stated basically because there are no studies or evidence to prove that these facts are true. Chia seeds also tend to be the most expensive. (3.)

Hemp, as you may already know, is a variety of the cannabis plant. Although they won’t make you high, they will make your nutritional meter sky rocket and soar through the sunny blue skies. The site further supports that hemp does have more protein than the rest, about 10g per ounce to be exact, and they make the perfect replacement for animal protein if you are wanting to have a more plant based diet. An added bonus to hemp seeds is that each ounce contains three quarters of the daily recommended Vitamin E and nearly a third of the recommended zinc to boost your immune system.

The unfortunate downside to these super seeds are misleading claims that the cannabis oil said to “cure cancer,” is derived from hemp seeds, but it is not the same oil, nor has this claim ever even been proven. (3.)

Lastly, according to time.com, an ounce of flax seeds nearly contains 8grams of fiber along, 12g of fatty acids, and more than a quarter of your daily recommended magnesium, which helps boost energy. The fiber within the flax seed helps with digestion, and there’s also some evidence that flax seeds can lower high blood pressure and cholesterol. Available in both brown and golden varieties, both are said to be equally nutritious. As we have uncovered already, the only drawback that is further supported by time.com, is that unlike other seeds, just sprinkling a handful of these on your yogurt won’t do the trick. The seeds do have to be ground to reap the rewards of their full nutritional potential. (3)

Regardless of whether your diet demands more protein or fiber, one thing is for certain, as your goal remains the same, to eat a more “plant based diet,” that includes these super seeds, you can’t possibly go wrong with any of these options. They all have substantial benefits that in the end, are just simply super.

3 Ways to Test Your Ketone Levels

The Many Dangers of Visceral Fat