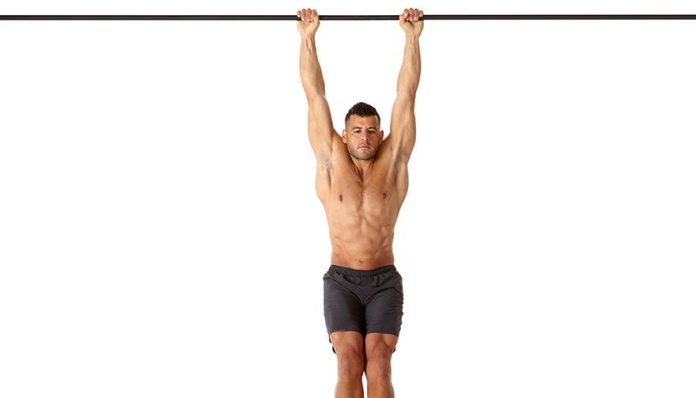 Many people suffer from shoulder pain at some point in their lives. There are many contributing factors that can lead to the cause of shoulder pain such as arthritis, bursitis, torn rotator cuff, and even torn tendons or ligaments. There are many treatment options available, such as physical therapy, cortisone shots and even surgery, to treat such conditions. If you ask orthopedic surgeon John M. Kirsch, M.D., he says that he has found a way to cure shoulder pain with a 99% success rate. Dr. Kirsch M.D. is also the author of “Shoulder Pain? The Solution and Prevention,” where he outlines his own protocol for treating such injuries.

In an interview he did with Newsmax Health, Dr. Kirsch says that “Man is the fifth great ape, when we came down from the trees about 30,000 years ago, we stopped brachiating,” he explains. “But we still have the shoulders of an ape that’s supposed to brachiate.” Dr. Kirsch also firmly believes that our shoulders were meant to endure much more than we actually use them for. As a result, the lack of use can lead to injury and weakening of our shoulders. To treat shoulder injuries or to improve shoulder health to optimum levels to which our shoulders were intended, Dr. Kirsch developed his own simple protocol for brachiating. According to newsmax.com, “It requires two elements: hanging or partial hanging from a pull-up bar and performing light weightlifting with dumbbells.” In addition, “It cures 99 percent of shoulder pain,” Dr. Kirsch says. Further according to newsmax.com, “Dr. Kirsch’s method is almost cost-free. “All you need is a branch on a tree and a brick,” he says. “You hang from the branch and lift the brick.” As hokey as it may sound, it turns out that his method may actually hold some weight. The approach Dr. Kirsch has taken is not as far-fetched as it sounds. It turns out the dead hangs have been around for a while and are very similar to that of what Dr. Kirsch says will cure you of your shoulder pain.

Dead hangs require a person to hang from a pull up bar. Some dead hangs or experts suggest that you should sway back and forth as you hang in efforts to treat your shoulder discomfort. Why does this work?  Well, Mark Pieciak, the author of the blog “strength and injury prevention,” has long suffered from shoulder impingement and shares his account and testimony after he personally tried Dr. Kirsch’s method of hanging to relieve his impinged shoulder.

Pieciak writes, “The rotator cuff attaches to various spots on the head of the humerus (or, the ‘arm bone’). Above the humerus is the acromion – a bony little segment attached to the scapula (or, the ‘shoulder blade’). Between the acromion and the humerus are the rotator cuff tendons. In certain movements, the rotator cuff tendons can get pinched or snagged between the two bones, causing irritation and eventual wear-and-tear. I’ve yet to figure out how to help my shoulder. What’s caught my eye a few times over the past years was the mentioning of a ‘hooked acromion’ when reading about shoulder impingement on the internet. Basically, due to genetics or bad living, the acromion bone can hook downwards towards the humerus. With this hook-shaped acromion, there is even less space between the acromion and the humeral head. That means that impingement is much more likely. In one study comparing 34 shoulders with rotator cuff tears and 47 shoulders with no issues, 62% of the injured shoulders had hooked acromions versus the 13% found in healthy shoulders. Enter Dr. John Kirsch. Dr. Kirsch is an orthopedic surgeon and the author of ‘Shoulder Pain? The solution and Prevention.’ He claims that that a number of shoulder ailments arise from having an improperly shaped acromion, and that hanging from a bar can remedy that.

The idea is that when the arm is fully overhead (or, ‘flexed’), the humerus (or, ‘arm bone’) will press against the acromion and eventually reshape it. That’s because the humerus has no where to go when it’s fully overhead. The acromion is right in the way. Supposedly, gravity and injuries will, overtime, encourage the shoulder to deform and cause the acromion to become hooked downward. Since we humans of the first world no longer swing from branches or climb ropes, we experience zero stimulus to counter-act this ‘deformity.’ Solution? Just hang from a bar each day and give your shoulder a reason to remodel itself.”

As a result, it would certainly make sense that dead hanging might actually improve shoulder injury through strengthening muscles and allowing the shoulder to stretch out and remodel itself. When it comes to the shoulder, the shoulder scapula actually keeps our shoulders attached to our bodies, and around the scapula, is a bunch of tendons, muscles and ligaments. If you are suffering from chronic shoulder pain, that’s because your shoulder isn’t getting as much exercise as it should. If you aren’t dead hanging, then your shoulders may become more prone to these types of injuries and deformity.