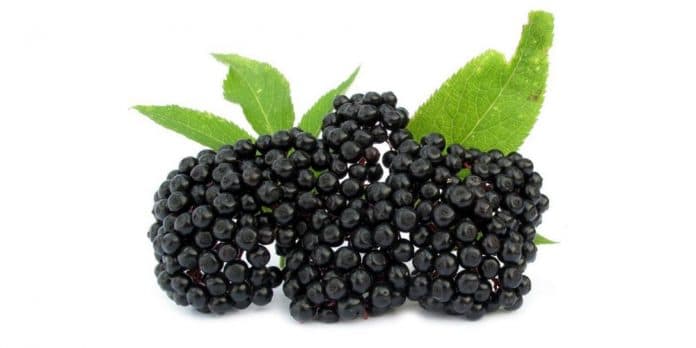 Across the world, elderberry has been part of many cultures and traditions throughout the ages. For example, in Celtic tradition, elderberry was held in quite high regard. One would carry elderberry to protect themselves from evil or to remove negative spells. Its oil was used in rituals of blessing, and many used it to bring about vivid, intuitive dreams. Others would sleep underneath the plant to dream of faerie land. More practically, it was used to keep skin light when mixed as a face wash.

Many believed that the Elder tree was considered sacred by the vegetation goddess, Hylde Moer, which led to many virtually worshipping the trees, planting them around homes for protection.

Gypsies would often use the wood to produce instruments they felt were pleasing to the spirits. It was considered bad luck to burn elder wood in a fire, and the gypsies took the wood’s burning properties to be somewhat of an omen, with its loud burn of hisses and crackling and its quickness to burn. Offenders were thought to be hunted down by the goddess and cursed with bad luck. In fact, when removing its branches or cutting it down, a ritualistic prayer was made as way of asking permission. From Russia to Scotland and Italy, elderberry’s initial purpose was to protect.

Early Christians, however, viewed the elderberry quite differently. Its history in Christian folklore is quite dark, with many legends claiming that the cross upon which Jesus died was made of elder. Its meaning was even darker for those who believed Judas, the one who betrayed Jesus before his death, hung himself from the branches of an elder tree.

Early legends show one of the initial medicinal uses of elderberry was to help with toothaches, which were often thought to be the result of evil spirits. Less mythological origins point to elderberry being used early on as a skin treatment. Skin inflammation, allergies, rashes, bug bites, acne and sunburn were treated with this. By 1644, a book of over 230 pages was translated from Latin to English, revealing that elderberry could be a treatment for any ailment, including strangulation and sore throats. Shockingly, it was even a remedy for the plague.

One of the largest differences between ancient use of elderberry and modern day uses, however, is how the “cures” were administered. Many early remedies involved rubbing branches onto ailments to “transfer” the illness to the tree, or lying down under the tree during the first attack of epilepsy to be cured. Today, remedies are usually consumed or applied topically.

Today, Elderberry is said to reduce the duration of flu by up to three or four days. Lozenges are juices are both effective for this. In women who are postmenopausal, daily doses can reduce the risk of heart disease. It has also been suggested that it can prevent or help treat cancers, nerve pain, chronic fatigue syndrome, HIV/AIDS and a number of other ailments. Also, taking dried elderberry capsules three times daily for an extended time can also reduce cholesterol.

It is also suggested as a way to slowly relieve fever, with scientific evidence backing this claim quite clearly. It helps inflammation and general immunity as well. It is commonly used for sinus infections and bronchitis, although more research is needed to sufficiently determine its effectiveness in this area.

The Department of Virology at Hebrew University-Hadassah Medical School in Jerusalem found interesting effects when they studied influenza A and B patients. Sixty patients were symptomatic for at least 48 hours, ages 18 to 54. The study, which was double blind and placebo controlled, took place in Norway where patients received 15 ml of elderberry or placebo four times daily for five days. Using a visual analog scale, patients recorded their progress, and those using elderberry averaged feeling relief four days sooner than those receiving the placebo.

A similar study was done by Immunology Laboratory for Tumor Diagnosis at Hadassah University Hospital in Jerusalem. Using a black elderberry based product called Sambucol, the double blind placebo controlled study found the methods to be effective in treating up 10 strains of influenza. It also reduced duration of symptoms by anywhere from three to four days, and patients showed higher antibody levels after consuming the elderberry product.

The same department further studied Sambucol, and even found it to reduce fevers in two days among 93.3% of some patient groups with influenza, and many complete cures were reported within 2 to 3 days.

When taking for ailments, it is important to take elderberry within 48 hours after symptoms are noticed, or as soon as possible. This is when the supplement can be most effective, reducing flu duration and symptoms quite dramatically. Particularly for flu or severe colds, the recommended dosage is one tablespoon of extract syrup taken four times daily. Similarly, lozenges marketed with zinc can be very effective when taken as directed.

It is important to note that raw elderberries themselves are poisonous, as well as other parts of the tree. Because the product cannot be directly consumed, there are many products, such as Sambucol, marketed for the immune system that have been shown to be effective in scientific studies. Other similar products are made under the names Nature’s Way, ViraBLOC and HerbalScience. These products can be taken as directed for maintenance. In addition, there are many teas that contain supplements such as elderberry paired with zinc for an immune system boost. This is an easy and effective way to add elderberry to your health routine.

What Really Causes Cellulite in Women?