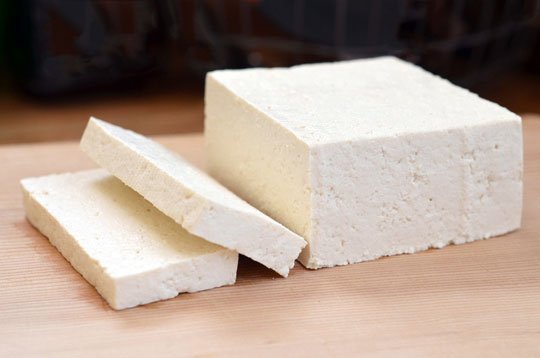 It seems today that all the buzz about what we put into our bodies is becoming the forefront of our minds. With obesity on the rise and as unhealthy eating habits have plagued people for years, it’s all about eating healthy, wanting to eat healthy, losing weight or taking whatever action necessary to achieve our overall personal dietary goals. It is no secret that women typically have a much harder time shedding the pounds than men. One dietary change a woman might make to get back into that itsy bitsy, teeny, weenie, yellow polka dot bikini, might be soy products. Soy products are the number one choice for many people. Whether your lactose intolerant, or you’re just trying to find a healthier alternative to whole milk, despite the controversy surrounding soy and whole milk. Aside from milk, however, there are several soy products out there that can aid in dietary needs. However, for the average, everyday woman, there is a big secret.

According to an article published on the Global Healing Center, “5 Ways Soy Upsets Hormone Balance,” it turns out that soy has been wrongfully passed off as a healthy food for far too long. Despite the fact that foods like Soybean oil, tofu and even Soy Milk are a tremendous stable in the daily diet for most of those who are trying to eat healthy, especially vegetarians and vegans, most soy products are not actually what we would consider to be “real food.” As it turns out, most soy products are highly processed and genetically modified. According to the website, daily use of soy products, for women, can have a profound, negative impact on our hormonal balance. It can cause premature menstruation. The article states that girls are reaching their first menstruation at earlier ages than ever before. Many years ago, it was common for girls to have their first cycle around their 13th birthday. Now, girls are experiencing their first cycle by the age of 10 or under. Studies on young female rats suggest that this dramatic change in age is due to soy as the contributing factor.

It is also said, further according to the site, that soy products can lead to Gynecomastia. Although, this condition is not geared toward women, this condition is known for causing male breast enlargement, according to studies (2, 3). Also, for men, and according to a separate study, (4) Introducing estrogenic goods like soy into the diet of male subjects, can cause men to experience a loss of libido, decreasing their natural, sexual drive; another study found that for both men and women, soy may be a contributing factor behind male and female infertility (5).

So, all in all, a huge primary concern about soy products is that we do not consume them in small amounts. The Global Healing Center tells us that soy is a cheap, subsidized ingredient used in processed foods in the form of oil, thickeners, flavor enhancers, stabilizers, preservatives and nutritive fillers. So, it is pretty much everywhere. In fact, if you are eating processed foods, you’re most likely consuming soy.

However, according to an article on John lee MD.com, “Soy Milk Estrogen and Menopause: The Light And Dark Sides Of Soy,” as women approach menopause, it makes sense that woman are turning to natural approaches to tame their menopausal woes. Because soy is rich in phytoestrogen, which is greatly lost and severely depleted when a women reaches the age of menopause, “The beneficial effects of estrogen on these discomforts are indisputable, but as women become more informed they see that the risks – especially of breast cancer – may be too great to justify its use. Others stop using conventional Hormone Replacement Therapy (HRT) because of side effects, and look to natural remedies to help them control their menopause symptoms.” (8)

According to the article, the soy industry has widely promoted the message that “soy phytoestrogens act, in effect, as surrogate estrogens. Such a message gives women the impression that they can use soy to naturally relieve symptoms of falling estrogen levels at menopause. While the research does show that isoflavones behave like estrogens in the body, the conclusion that they are all the medicine a woman needs to help her through menopause is not borne out by recent clinical studies on soy and menopausal symptoms.” (8)

The article goes on to say that “Soy phytoestrogens have very little effect on vasomotor symptoms such as hot flashes, night sweats and vaginal dryness. In one comprehensive study from the Bowman Gray School of Medicine in North Carolina, researchers looked at the effects of soy phytoestrogens on women aged 45 to 55 with menopausal symptoms. This study was big news because the women who took a phytoestrogen-rich soy supplement reported a 50 percent decrease in the severity of their hot flashes. What most news stories didn’t mention, however, is that the placebo group reported a 35 percent reduction. Furthermore, this study showed small reductions in the severity of hot flashes, but none on their frequency. In other words, these women were having just as many hot flashes as they did before they added soy foods or supplements, but the intensity of those hot flashes were diminished. While decreased intensity is certainly a good thing when it comes to hot flashes, soy estrogens are clearly not as potent as many forms of conventional estrogen replacement which often eliminate hot flashes quickly and completely.” (8)

Dr. Lee’s article goes on to say that, “A recent study of women with vasomotor symptoms at the Mayo Clinic showed no benefits from soy protein isolates, which have high levels of phytoestrogens. This has also been Dr. Zava’s experience in analyzing saliva hormone level results accompanied by detailed questionnaires; soy phytoestrogens simply don’t work well to control vasomotor symptoms. The isoflavones in soy are aromatase inhibitors which lower the levels of estrogens made by the body, which is counter-productive to controlling vasomotor symptoms.” (8)

In addition, he writes: “Soy phytoestrogens do have the estrogenic effect of stimulating the growth of breast cancer cells in tissue cultures. Several studies presented at a recent soy symposium showed that soy protein isolates stimulate the growth of normal breast cells much the way that natural estrogens do, and of course this would add to breast cancer risk if progesterone is not present.” (8)