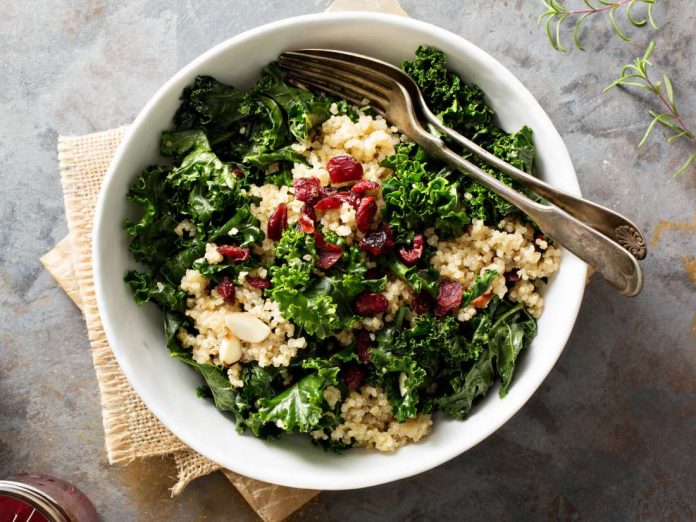 Fresh vegetables are nutritious and they form part of a healthy diet. Most veggies are low in calories but rich in vitamins, minerals and other essential nutrients. If you are adhering to a low carb or ketogenic diet, you may be looking for something that steers clear from vegetables that pack a lot of carbs. As a matter of fact, there are veggies that you must completely eliminate from your daily menu.

There is no precise definition of a low-carb diet, but majority are under 150 grams of carbohydrates per day, while some nutritionists recommend as low as 20 grams per day. In this article we will identify the low-carb vegetables that will work within the limits of a carbo-controlled diet plan.

Here’s a list of the best low-carb veggies to include in your meals.

Antioxidant-rich peppers are known to reduce inflammation and oxidative damage associated with cancer. Also known as sweet peppers or capsicums, bell peppers are among the highest sources of vitamins A and C that help in improving immune function and maintaining bone health. Munch on them raw or add them to your pasta.

Asparagus is a spring vegetable that’s rich in vitamins A, C, and K, along with chromium, which aids in balancing insulin and blood glucose levels. A cup of asparagus contains 8 grams of carbs.

A number of studies have shown that asparagus can help stop the growth of different kinds of cancer by fighting free radicals and breaking down cancer-causing compounds. Studies in mice reveal that it can also protect neurons and reduce anxiety.

Cauliflower is one of the most popular low-carb vegetables around. Because of its mild taste, it is used as a substitute for rice, potatoes, and other high-carb foods. A cup of raw cauliflower only contains 5 grams of carbohydrates. It is also rich in vitamins K and C, as well as potassium and choline, which helps in brain development.

Just like other cruciferous veggies, cauliflower is associated with a reduced risk of cancer and heart disease.

Broccoli also belongs to the cruciferous vegetable family, which includes Brussels sprouts, cabbage, kale, and radishes. It is a certified superfood, with a number of studies showing that it is capable of decreasing insulin resistance in type 2 diabetics. Scientists also believe that it can help protect against different types of malignancies, including prostate cancer.

A cup of broccoli contains 6 grams of carbs. It can provide over 100 percent of the RDI for vitamins C and K. You can use it to replace rice, pasta or potatoes. Simply fry it in butter or add cheese for delicious dishes.

Kale or leaf cabbage is nutrient dense. It is chock full of antioxidants, including kaempferol and quercetin. Both have been proven to lower blood pressure and can also protect against heart disease, type 2 diabetes and other illnesses. A cup of kale contains 7 grams of carbohydrates. It can provide a whopping 206 percent of the RDI for vitamin A and an equally impressive 134 percent of the RDI for vitamin C.

Multiple studies have shown that high intake of vitamin C improves immune function and boosts the ability of the skin to fight harmful free radicals, which speed up the aging process. Kale is also an excellent source of lutein and zeaxanthin which are good for the eyes.

A group of plant secondary metabolites called glucosinolates can be found in Brussels sprouts. They are known for protecting the lining of the digestive tract, thus aiding digestion and the absorption of essential nutrients.

Researchers claim that spinach can help in reducing damage to deoxyribonucleic acid (DNA). It’s good for the heart and can minimize the risk of common eye disorders like cataract and macular degeneration.

Spinach is also a superb source of vitamins and minerals. A cup of it delivers over 10 times the RDI for vitamin K. However, it is important to note that while spinach is low in carbohydrates, the carbs tend to become more concentrated when the leaves are cooked. For instance, a cup of cooked spinach provides 7 grams of carbs, whereas a cup of raw spinach contains only 1 gram and an equal amount of fiber.

This is a common ingredient in many Asian and Italian dishes. Its skin is stacked with anthocyanins which help prevent cancer and minimize the risk of developing cardiac diseases.

One cup of cooked eggplant contains 8 grams of carbohydrates. The purple pigment in its skin contains an antioxidant called nasunin. Researchers claim that it decreases free radicals and may help protect the brain. Studies also suggest that eggplant can help in lowering cholesterol levels and may improve other determinants of heart health.

A medium-sized globe of artichoke contains 14 grams of carbohydrates. However, ten grams come from fiber, making artichokes very low in digestible carbs. Inulin constitutes a portion of the fiber and it serves as a prebiotic that nourishes healthy bacteria in the stomach.

Artichokes may protect the heart from certain diseases. A study showed that people with high cholesterol experienced a decrease in inflammatory markers after drinking artichoke juice. They also had significant improvement in blood vessel function.

Being 95 percent water, cucumber is known for its hydrating effects. It helps with bowel movement and contains a soluble fiber called pectin. A cup of cucumber contains 4 grams of carbohydrates, less than a gram of which is fiber.

This veggie isn’t loaded with vitamins or minerals but it contains cucurbitacin E, a compound that may have beneficial health effects. Animal studies reveal that it has anti-inflammatory and anti-cancer properties and may also protect the brain.

This is the most common kind of summer squash. It is rich in B vitamins, minerals and electrolytes that help reduce inflammation. It is an excellent source of vitamin C, providing about 35 percent of the RDI per serving. A cup of raw zucchini contains only 4 grams of carbohydrates, 1 gram of which is fiber. Leave the skin on in order to get the maximum amount of nutrients.

These are technically classified as fruits but are commonly consumed as vegetables. They are low in digestible carbohydrates, with a cup containing 6 grams.

Tomatoes are a superb source of vitamins A, C and K. They are also rich in potassium which helps in lowering blood pressure and decreasing the risk of stroke. They have been proven to fortify the endothelial cells that line the walls of arteries. In addition, their high lycopene content helps in preventing heart disease and prostate cancer.

Cooking tomatoes has been shown to increase lycopene content, while adding fats during cooking increases its absorption into the bloodstream.

Cabbage is packed with soluble fiber that feeds healthy bacteria in the stomach. It may also reduce the risk of developing certain forms of malignancies, including esophageal and stomach cancer. A cup of raw cabbage contains 5 grams of carbohydrates, 3 grams of which are fiber.

Celery is remarkably low in digestible carbohydrates. It is chock full of electrolytes, antioxidants, and anti-inflammatory compounds that help lower blood pressure. Of specific value is the antioxidant luteolin which shows huge potential for preventing and treating cancer.

Celery is also an excellent source of vitamin K, providing 37 percent of the RDI. A cup of chopped celery only contains 3 grams of carbohydrates, 2 grams of which are fiber.

This leafy veggie has one of the lowest-carb content. A cup of it only contains 2 grams of carbohydrates. Lettuce can also be a good source of certain vitamins, depending on the type. For example, romaine and the other dark-green varieties are packed with vitamins A, C and K. They are likewise rich in folate which lowers the levels of homocysteine, a substance linked to an increased risk of heart disease.

An Intermittent Fasting Guide for Women

The Astounding Health Benefits of Probiotics