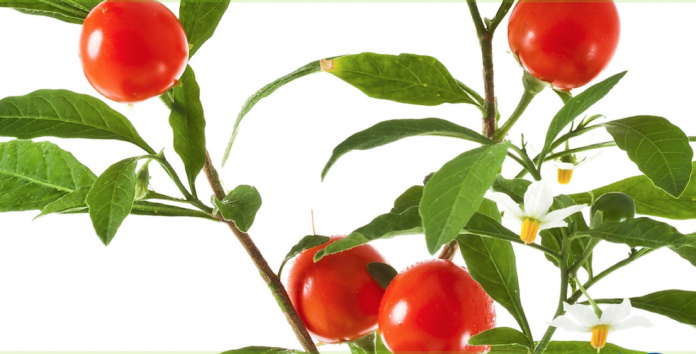 It possesses adaptogenic properties, meaning it is part of a species that increases tolerance to stressors, whether physical, psychological or chemical. Put simply, it is thought to help maintain homeostasis when the body has trouble doing so. It is also thought to help the body reduce cortisol levels, which in turn can lower stress, improve concentration and prevent excess weight gain. These benefits, combined with other recent discoveries, make it easy to see why Ashwagandha was such an integral part of Ayurveda, particularly when mixed with other substances of similar composition.

The plant itself is a member of the Solanaceae family, and although Ayurveda was practiced mostly in India, it was also used in areas such as Sri Lanka and Pakistan. The plant is native to Australia, Africa and Eastern Asia. In African tribes, Ashwagandha was used to fight inflammation, much like today, and it was also used to treat fevers.

Because of its traditional use for concentration as well as an aphrodisiac, it is often called “Indian Ginseng.” While this once was likely a very accurate description, today, we know of an ever expanding list of benefits that Ashwagandha can provide.

What Does Ashwagandha Do?

The number of ailments treated by Ashwagandha is virtually endless, as it can prohibit the toll stress often takes on our bodies. Because we can’t always know what ailments are direct results from stress, the following is a list of ailments that this supplement is said to prevent or treat.

The African Journal of Traditional, Complementary and Alternative Medicines published a study in 2011 documenting many of the effects that have been scientifically proven with Ashwagandha. When testing rats in a swimming pool, stamina was increased with use of Ashwagandha, and it also prevented adrenal gland changes and cortisol content. It was also found to prevent stress induced ulcers before they began, and even treated and controlled uterine fibroids in mice. In children with deficient memories, the herb improved cognition, and it prevented loss of memory in those with old age.

Both Ashwagandha and Physalis alkekengi are known as “wild cherry,” so one should be careful to first select a product with the proper ingredients. Typically, manufacturers’ directions should be followed as recommended, as higher doses can cause the supplement to act similarly to creatine or steroids.

Ashwagandha is available as a topical oil, and can be used to increase stamina and endurance, or reduce pain and inflammation. Most topical oils are suggested to sit on the affected area for half an hour, and then be removed with a cloth, although individual products may vary. As an oral supplement or tea, the recommended daily dosage is 600 to 1000 milligrams, twice daily. Liquid extract can be added to water, and many teas already contain the extract.

For insomnia, older, more traditional methods are recommended. Simmer the root (often sold in a powder form) in milk, and sweeten with honey before bedtime.

6 Reasons to Add Jumping Jacks to Your Workout

The Dangers of CrossFit