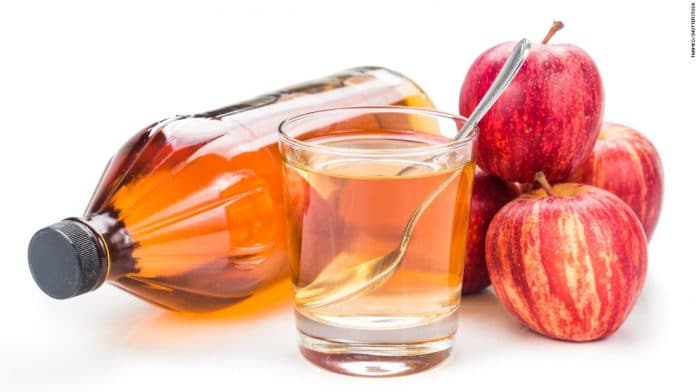 Perhaps one of the world’s most ancient remedies, Apple Cider Vinegar is also one of the simplest and most fascinating. It is said that Hippocrates prescribed it along with a dose of honey for general good health, and this “elixir of life” has been used since about 3000 BC. Most modern day research involving the vinegar has focused on metabolism and joint pain, two common ailments that show promising improvement when treated with apple cider vinegar.

While there are very complex debates about the exact origin of Apple Cider Vinegar, the best way to understand its origin is by understanding vinegar itself. Because virtually anything can be turned to vinegar by a process that resembles wine, we can conclude that apple cider vinegar was produced in areas where apples were abundant. Apples were a popular fruit in ancient Greece, so it is assumed that when Hippocrates wrote his remedies regarding vinegar, apple cider vinegar was one of the common forms used. The ailments he discussed alongside vinegar were various infections and wounds, and as time went on, vinegar was used for more and more ailments.

What Does Apple Cider Vinegar Do?

Perhaps the most well-known ailment for which apple cider vinegar is effective is diabetes. Though it can also boost a metabolism, which is a major concern for many with diabetes, it can also improve insulin sensitivity in high carb meals, reduce blood sugar with consumption of carbs, and even help blood sugar levels remain stable through times of sleep.

In addition to helping those with diabetes maintain healthy blood sugar and weight, it can also help with everyday life. It helps people feel fuller after a meal so they avoid overeating, as well as providing the much discussed boost in metabolism, tackling excess weight from two perspectives. Of course, healthy weights help support healthy hearts, and apple cider vinegar can also lower cholesterol and triglyceride levels, reduce blood pressure and even prevent the oxidation process in LDL cholesterol (which can lead to heart disease), leading to an overall healthier heart.

Of course, anyone who has seen articles on the internet lately knows that one of the most popular suggested uses for apple cider vinegar is protecting against cancer. While studies have not been scientifically conclusive regarding apple cider vinegar’s role in cancer treatment, it is worth noting that most studies involved animals and rice vinegar, so more research is most certainly needed. Many studies, however, showed the rice vinegar to kill or shrink cancer cells and tumors in test tubes, so future research could be promising.

A Dutch study published in 2012 focused on a 15 year old girl who suffered an erosive tooth after regular consumption of Apple Cider Vinegar. The same study found that the culture in North Africa promoted the use of the remedy, and it was often used to aid in weight loss in both males and females. The study showed the women who consumed the apple cider vinegar lost more weight than those who did not consume it.

Another study published by authors in Greece found that ingesting vinegar before a meal did actually improve blood flow to the muscles. Glucose uptake by the forearm was improved, reducing hypertriglyceridaemia and postprandial hyperinsulinaemia. In short, the study found that vinegar could improve insulin resistance and metabolic function in the atherogenic prediabetic state.

In 2015, the Journal of Diabetic Research concluded similar findings, as they found a decrease in postprandial hyperglycaemia, hyperinsulinaemia and hypertriglyceridaemia. Increases in glucose uptake were observed, where insulin action in skeletal muscles were also observed.

Because of some of the side effects discovered in these scientific studies, such as tooth erosion, care should be taken to consume the proper dosage, and to drink enough fluids after consumption. In addition, one should consult his or her physician and/or naturopath to monitor potential side effects.

Because the modern day practice of pasteurization can remove many of the benefits from fermented foods, it is important to recognize a good, raw, apple cider vinegar, from those that are overly pasteurized products. These often have little nutritional value and diminished anti-viral and anti-bacterial properties. A good vinegar will contain amino acids as well as antioxidants. Apple Cider Vinegar most helpful for ailments will be raw, unpasteurized, unfiltered and have a cloudy appearance. This cloudy appearance is due to the “mother,” or healthy bacteria, still being present in the vinegar. This healthy bacteria is probiotic and antimicrobial.

The suggested daily dosage is one to two tablespoons daily, and it does not have to be taken straight, but can mixed with water and other ingredients. Depending on the ailment one seeks to treat, however, other dosages may be more suitable. Because apple cider vinegar is high in acidity, caution should be taken to protect tooth enamel. This may mean diluting the dose, rinsing with coconut oil after consumption, or even consulting a dentist in severe cases.