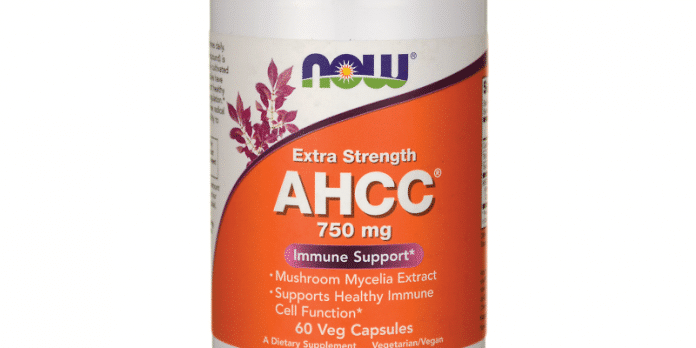 Active Hexose Correlated Compound is a mushroom extract used in traditional Eastern Medicine. Though the mushrooms were used for centuries as antioxidants, the derivative was really only “discovered” a few decades ago in Japan. The shiitake mushroom from which AHCC is derived, is thought to be an organism with origins over one hundred million years old. The Chinese began cultivating it around the year 1400, although it grew wildly throughout the region for centuries prior. The mushroom was traditionally used to prolong life and boost the immune system.

In 1987, AHCC was developed from the shiitake mushroom as a treatment for high blood pressure. Surprisingly, however, it soon became known for its immune boosting effects and was used against infections, viruses and even autoimmune issues such as cancers and AIDS. It has since also been used to combat diabetes and hepatitis, while still being effective for many with high blood pressure. After researching the effects on rats, it was also used to fight the negative side effects from chemotherapy and other anticancer drugs, including methotrexate which is used for many autoimmune diseases. AHCC helped patients cope with nausea, improved bone marrow suppression and protected against kidney and liver damage.

Active Hexose Correlated Compound is a supplement most known for its cancer-fighting effects. Used primarily in areas of Asia, particularly Japan, this therapy has been thought to increase the cells in the body that naturally kill cancer, natural killer cells and cytokines. Not only is it thought to kill cancer cells, but it is also thought to decrease the side effects of chemotherapy. Some patients find success in preventing nausea and other gastrointestinal side effects with AHCC. In Japan, AHCC is the second most popular alternative medicine among those with cancer.

One of the more fascinating studies, published in the International Journal of Medicine in 2011, found that all patients surveyed had no added symptoms when taking AHCC, and 20 of the patients reported feeling better than they did upon starting chemotherapy. In addition, only 25% of those requiring blood transfusions continued to need them after AHCC treatment, and tumors even regressed in 11 patients. Twenty-two of those who continued chemotherapy also noticed decreased side effects.

In the International Journal of Integrative Oncology, however, a study was published that surveyed patients with breast cancer. Researchers used the data from the national breast cancer patient registration and found no significant difference among those who used AHCC and those who did not. The study could be viewed as less significant than others, however, as comparisons could not be made due to the recurrence of cancer in some data sets.

AHCC is usually seen as a capsule, with various dosage. The recommended daily dosage is up to 3 grams. For better tolerance, it is suggested to split this into three doses, taking a gram 3 times daily. While AHCC is also available in a liquid form, many report having more side effects when consuming liquid AHCC. Drugs.com reports that phase I trials showed minimal adverse effects in those consuming 9 grams daily, so accidental overdose seems unlikely when daily recommendations are followed.