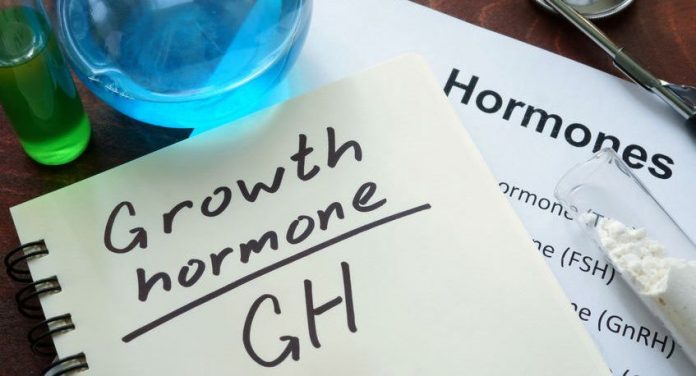 The human growth hormone is produced and excreted through the pituitary gland in the brain. It is responsible for igniting the growth in children into adulthood and teenage adolescence. It also helps regulate body fluids, bone and muscle growth, and aids in strength and cell repair. It further helps to regulate how our bodies metabolize fats and sugars, and it is said to possibly regulate heart function as well.

According to authoritynutrition.com, “Lower HGH levels may negatively impact your quality of life, increase your risk of disease and make you gain fat… Having optimal levels is especially important during weight loss, for recovery from injury and when trying to boost athletic performance.” With all the benefits our bodies can reap from the human growth hormone alone, we should look at some natural ways to further increase the levels of human growth hormones, to help sustain our bodies and heal from injuries and disease.

One sure fire way to increase the human growth hormone is to lose body fat. It is said that, “The amount of body fat you carry is directly related to your HGH production. Those with higher body fat levels or more belly fat will likely have impaired HGH production and an increased risk of disease. In one study, individuals with 3 times the amount of belly fat had less than half the amount of HGH as lean individuals. This study monitored the 24-hour release of HGH and found a large decline in those with more abdominal fat. Interestingly, research suggests that excess body fat affects HGH levels more in men. However, lowering body fat is still key for both genders.”

The second way you can increase your levels of HGH is through fasting intermittently. It is said that, “Intermittent fasting is a dietary approach that limits eating to short time periods. It can be done in many different ways. One common approach is a daily 8-hour eating window with a 16-hour fast. Another involves 2 days of eating only 500-600 calories each week. Intermittent fasting can help optimize HGH levels in several ways. First, it can help you drop body fat, which directly impacts HGH production. Second, it’ll keep your insulin levels low for most of the day, as insulin is released when you eat. This can also provide benefits, as research suggests that insulin spikes can disrupt your natural growth hormone production. One study found that 3 days into a fast, HGH levels increased by over 300%. After one week of fasting, they had increased by a massive 1,250%. Other studies have found similar effects, with double or triple growth hormone levels after just 2–3 days of fasting.”

The third way to amp up our natural human growth hormone levels is through an Arginine supplement. It is said that, “Although most people tend to use amino acids like arginine around exercise, one study shows this has little or no benefit for HGH levels. Two other studies confirmed this, finding no difference between exercise only or exercise plus arginine. However, when arginine was taken on its own and without any exercise, they did find a significant increase in HGH. Other non-exercise studies also support the use of arginine. One study looked at the effects of taking either 45 or 114 mg of arginine per pound (100 or 250 mg per kg) of body weight, or around 6–10 or 15–20 grams per day. They found no effect for the lower dose, but participants taking the larger dose had around a 60% increase in HGH levels during sleep.”

Other supplements that may be helpful in increasing the natural human growth hormone, according to the site, also include GABA supplements. GABA is a natural occurring non protein amino acid that is found within the body and brain. It’s responsible for sending and transmitting signals and information around the brain that further is a calming agent that works as an inhibitory neurotransmitter that aids the body in sleep. Because our bodies’ HGH significantly rises during sleep, and GABA helps aid in sleep and sleep pattern regulation, it is, in turn, highly effective in assisting the body at increasing HGH levels. Considering how the HGH naturally raises during sleep, it is no surprise that a melatonin supplement, sleep regulation and optimization help naturally raise and stimulate those hormones.

It is also suggested that taking a Beta-Alanine and/or a Recovery Shake around your workouts can be helpful as well. It is said that, “Some exercise supplements can optimize performance and boost your HGH levels. In one study, taking 4.8 grams of beta alanine before a workout increased the number of repetitions performed by 22%. It also doubled peak power and boosted HGH levels, compared to the non-supplement group. During a workout session, a sugary sports drink increased HGH levels towards the end of the session. However, if you are trying to lose fat, the extra calories from the drink will negate any benefit from the short-term HGH spike. Studies have shown that protein shakes, both with and without carbs, can boost human growth hormone levels around workouts.”

Our final surefire tip for increasing human growth hormone within the body is exercise, exercise, exercise, and at a high intensity to boot. It is said that, “Exercise is one of the most effective ways to significantly raise your HGH levels. The increase depends on the type of exercise, intensity, food intake around the workout and the individual performing it. Due to its metabolic nature and increase in lactic acid, high-intensity exercise increases HGH the most. However, all forms of exercise are beneficial. You can perform repeated sprints, interval training, weight training or circuit training to spike your HGH levels and maximize fat loss. As with the supplement methods, these increases are mainly short-term spikes. Yet over the long-term, exercise may help you optimize your hormone function in general and decrease body fat, both of which will benefit your HGH levels.”

Whole Milk vs Skim Milk: Which is Better For You?